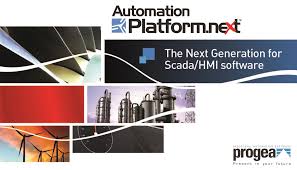 The Automation Platform.NExT platform is being continuously enriched with new functionalities as a 360° response to the supervision needs in industrial automation. Progea is constantly committed to offering a platform rich in objects and functions to help users spend less time fiddling around with code thus drastically reduce time spent on developing. For example, a special object has been added to the toolbox that supports vision systems with Omron FH/FZ5 series video cameras.

This is a User Control object for .NET and WPF technology which uses the OMRON producer libraries to visualize Omron video camera streaming within the object. Thanks to this object the user can easily view realtime video streaming of the production line or plant taken by the Omron vision system cameras directly in the Platform.NexT screens.

Like all the other objects from the Platform.NexT library users can also use the simple zoom gestures intuitively to get a better look at particular parts of plant while the video is being streamed on screen. The object's functional parameters, such as the video camera's IP address plus others, can be defined in the object's properties with the error handling management.The Omron Vision System object can be obtained from Progea and easily inserted in the Toolbox object library.

How Additive Manufacturing Can Help 5G

Automation, Industry 4.0
The discussion around 5G is gaining momentum, but the technology is not yet ready for industrial IoT. Linda Tsai, President of IIoT at Advantech, explains why it’s important to be prepared for the upgrade to 5G as soon as the technology is mature
Read more

Artificial Intelligence, Automation, Covid-19, Industry 4.0
The pandemic has opened companies’ eyes to the urgency of digitalizing their factories. Making concepts likes Machine-as-a-Service possible, blockchain technology could be part of the solution
Read more

The Value of Engineering in Critical Times

Artificial Intelligence, Automation, Covid-19, Industry 4.0
Coronavirus has confronted us with innumerable challenges. Some of them were already on the plate and are now urgent objectives to achieve. The lack of engineers, for instance, is a reality and weighs more heavily in times of crisis
Read more

Automation, Industry 4.0, Sensor Technology, Test & Measurement, Covid-19
The health crisis forced many event organizers to postpone or cancel their shows. In the trade industry, the shifts have been significant. Here you find an updated list of major trade events that were postponed or cancelled
Read more