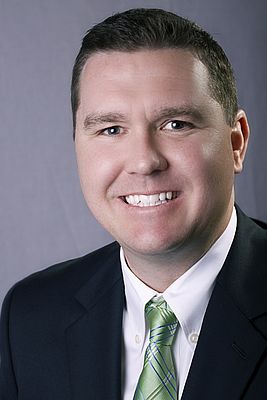 Parker Hannifin has appointed Chad Collins to the position of General Manager Electromechanical & Drives Division Europe for the Automation Group. His most recent role prior to joining Parker was with Royal Philips where he led the global operations for the company’s computed topography and nuclear medicine businesses. Prior to that he was at IDEX Health and Science where he held various roles of increasing responsibility, including general management and global operations. Chad previously also spent eight years at Parker Corporation in both the aerospace and filtration segments. During this first spell at Parker, he led plant transformations and an acquisition integration.

Chad holds an A.A. in Architectural Technology from Orange Coast College, a B.S. in Manufacturing Technology with a minor in Business from Eastern Kentucky University, and an MBA from the University of La Verne with a Leadership and Management focus. Commenting on the appointment, Rob Stoppek, VP Automation Group EMEA and Global Electromechanical Platform Leader said: “Chad is an accomplished business leader who excels in creating motivational environments with high levels of accountability through a root cause problem-solving lens. He brings extensive experience and a range of skills including: policy deployment, product line strategies, product simplifications, lean production systems, quality management systems and supply chain optimization.”