Popular lore has it that all cats are gray by night. And when talking about the weather a gray day is always incredibly drab and dreary. Gray is considered a non-color, but in reality, it can be beautiful and varied. Nonetheless, it can make discerning color detection in the production environment much more difficult, because it is precisely these achromatic shades that are frequently used, for example, in vehicle interiors. In such situations, the sensors used in quality control must be able to differentiate the gray of the leather from that of the fabric, and detect minimal color nuances. With its color sensor program colorCONTROL, Eltrotec has a variety of designs for every application in the range. Recently the tried and tested white light sensor WLCS was optimized with a new, high-performance LED light source and powerful software routines.

In the WLCS-M41 version, the white light sensor covers a larger color spectrum than its predecessor. This is due predominantly to the stronger light source. The test results are promising: the light power is eight times higher, the distance four times larger and the tolerance of this distance is eight times greater for saved data. These enhancements produce a significantly higher resolution which also makes the precise detection of achromatic colors easier. At the same time, the power reserves of the sensor yield greater reliability for the user, when the performance parameters change over several batches and the distances and angles of products vary within production. In a lot of factories today, batches are changed many times every shift. Therefore it must be possible to adapt the sensor quickly and reliably via teach-in functions. In addition to color and intensity, distance and positional tolerances are also assessed directly on the production line, which leads to higher detection reliability for the user. The WLCS-M 41 features, in addition to the white light LED, a color receiver with three calculated color filters, which work selectively on the basis of the wavelength and offer advantages over the RGB receiver chips when differentiating at very high resolutions.

Using the system control unit, the same sensor is also capable of learning the most subtle nuances of color and intensity with a pre-selectable tolerance or a switching hysteresis. All color and intensity values (R, G, B and I) are reported to the host computer via a series interface (RS 232). If more than four colors have to be differentiated between with very high resolution (gray/gray or poorly reflecting surfaces) and across large distances, the colorCONTROL-S truecolour analysis concept comes into its own. It is available as a fixed optics version for up to 1200 mm or as a fiber optic model up to a distance of 100 mm.

With the Color Scope operating software, colors are perceived as with the human eye, using the truecolor principle. Lab, RGB-I and DIN 99 provide the physical basis for the analysis. The resolution is ΔE = higher than 1 and is therefore better than the human eye. These color sensors facilitate analyses with 100% reliability within industrial systems. RGB colors, visible to humans as well as laboratory values, are shown and parameterized together with all the tolerances. This also facilitates differentiation, such as blue-from-blue or gray-from-gray, based only on different surface structures of the particular color. The only prerequisite for this is that the tight limits of the distance tolerances be adhered to in the production processes. Typical applications are quality control for monochrome, often gray, leather, plastic or fabric interior fittings in vehicles. The detection of practically invisible color markings on shiny, metallic surfaces also requires high-performance sensor technology. Variable lighting geometries help here. The difficulties, which the sensors have here, are similar to those experienced by the human eye when detecting numbers or images on shiny backgrounds.
Analysis of any achromatic color places demanding requirements on the color sensors. The software for the truecolour analysis uses the hue, the saturation and the luminosity for this process. With fiber optic technology, variable light spot geometries with diameters of 1 - 30 mm can be generated at operating distances from a few millimeters up to 70 mm. This has the significant advantage that the relatively large sensor and its analysis electronics can be positioned physically separately from the small fiber optic sensor head. This sensor configuration can also perform scanning tasks in areas where there is an explosion risk as no energy at all is conducted into the scanning zone by the fiber optics. More than 2,000 possible fiber optics with temperature resistance values of up to 400 °C mean that the choice of the correct configuration is guaranteed, even for difficult conditions.

If the distances are large, as is standard when feeding components in automotive assembly, the WLCS-LD is used, as this has a range of up to 1200 mm. In addition, color sensors can be used as precision trigger sensors in all branches of industry; for checking packaging, presence and position, for detecting print marks, reading labels or tax strips and for checking closures and completeness. Similarly, self-luminous systems, such as LEDs, halogen light sources or fluorescent lamp coatings, can be evaluated by color, function and intensity. As many evaluations often have to be performed in parallel and cost-effectively on a surface or a PCB, Eltrotec has developed a special LED detection system, MFA 100, which can scan up to 100 measuring stations simultaneously. The next goal is online color spectrometry, in order to create the interface to expensive laboratory color measurement online.

To detect not only the color itself but also its intensity and saturation, Eltrotec has been using the comparative tristimulus method in its colorCONTROL range for 25 years. The functions from the colorCONTROL range that are actually used depend on the application. Teach-in or modern graphical user interfaces, fiber optic technology or fixed optics and RGB, Lab, truecolour or HSI for color analysis are just a few examples of the selection criteria available. The key issues here are, as always, to provide sophisticated technology without excessive prices and to ensure ease of use with a high level of functionality. 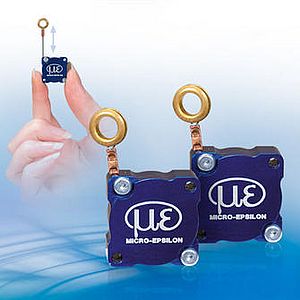 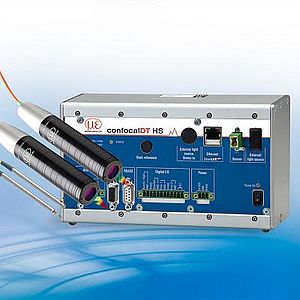 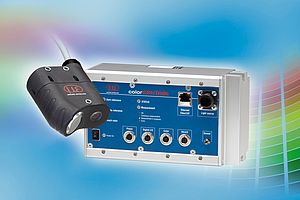 Measuring principle based on spectral imaging 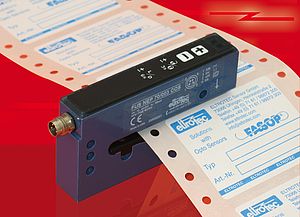 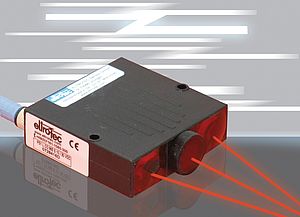