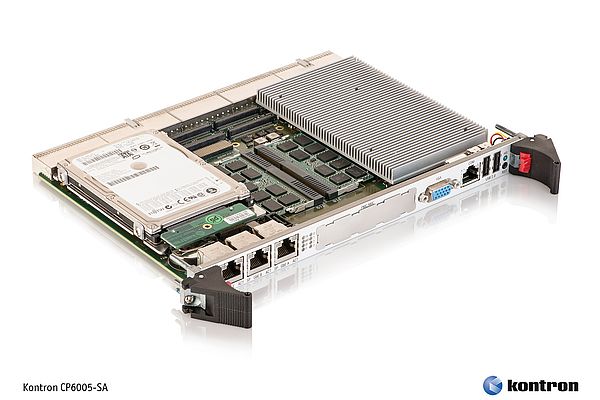 Kontron introduced its latest 6U CompactPCI CPU board alongside the launch of the 4th generation Intel Core processors. The board, featuring the Intel QM87 Express chipset, is scalable up to the Intel Core i7-4700EQ processor with up to 4x 2.4 GHz (3.4 GHz in turbo mode). The CPU board excels with its high performance density and data throughput over the backplane. While keeping to the same TDP and footprint, in comparison to preceding generations, the new CPU board offers up to four times more GFLOP per watt, up to 15% higher CPU performance and double the graphic performance. The 6U CompactPCI CPU board CP6005X-SA offers significantly improved data throughput over the backplane due to PCIe 3.0 and 2x 10 Gigabit Ethernet. Thus, the CPU board primarily targets compute-intense applications such as sonar, radar and video stream analytics in commercial avionics and military. Further application areas can be found in markets such as telecommunication and medical image processing.

Automation
For use in environments with high hygiene requirements
Read more

Edge Computing for the IIoT

Automation
For use in Size Weight, Power and Cost (SWaP-C)-constrained systems
Read more

Relax with Kontron at your side

Automation
For use in Size Weight, Power and Cost (SWaP-C)-constrained systems
Read more