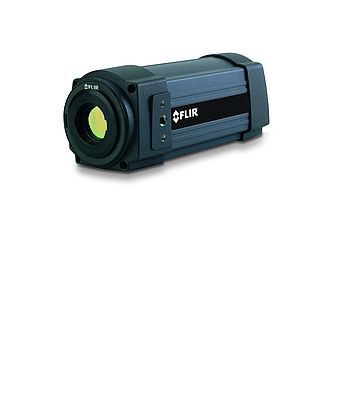 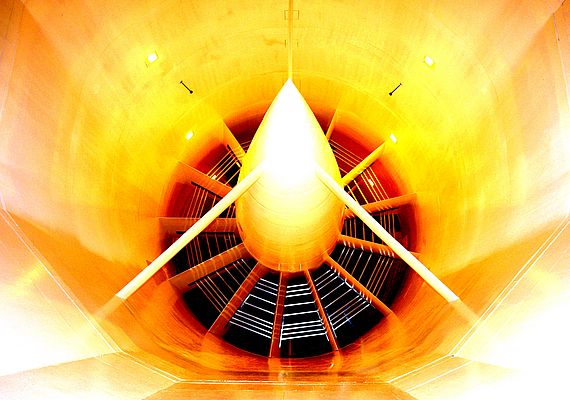 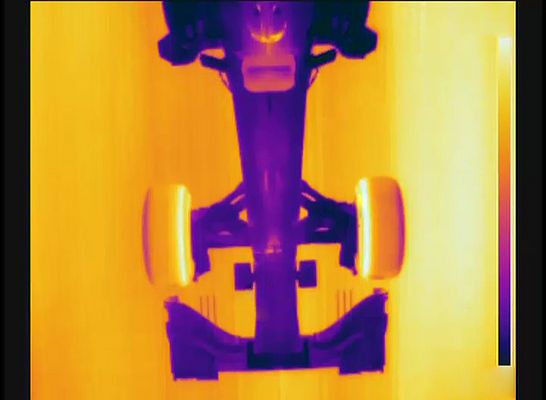 Just like many of its Formula One competitors, Red Bull Racing uses wind tunnels to study and test the aerodynamics of its vehicles. Although wind tunnel testing is very useful, the process is complex, and the testing itself can lead to accelerated component wear. To better protect its investment, Red Bull Racing now relies on FLIR thermal imaging cameras to monitor temperatures inside the wind tunnel.
Today’s F1 racing is a highly technological game. To improve racecar performance, every F1 team relies on a whole army of designers, mechanics and engineers. But improving performance is much more than optimizing the engine. Aerodynamics is just as important in winning the race.
Aerodynamics is the study of how air in motion interacts with a solid object, usually focusing on how the object can be made capable of passing through the air with the least resistance. In F1, aerodynamics is a critical factor, and the air flowing over the car’s body is also taken advantage of to create downforce to go around corners quickly as well as and used to help other performance features, such as guiding air directly into the side engine ventilation pods and brake cooling ducts.

Thermal Management in the Wind Tunnel

As with many racing teams, the wind tunnel is an essential part of Red Bull Racing’s Formula 1 development program. In a wind tunnel, an airstream of a certain velocity is produced past a scaled model of an F1 vehicle. It’s a proven method to study the aerodynamic effects of new design features and to validate designs before scaling them up to use on the real car.
Setting up a wind tunnel to obtain repeatable and accurate results is a very complex matter. In the highly sensitive wind tunnel environment, managing the temperature of the model is very important. Consistent temperatures mean consistent results from testing, whereas higher than ideal operating temperatures can lead to accelerated component wear.
“That’s why we use thermal imaging cameras to carefully monitor the car model as it runs within the wind tunnel,” says George Trigg, Systems Team Leader Aerodynamics at Red Bull Racing. “Thermal imaging cameras give us detailed thermal images of the model and allow us to identify possible problems as a result of overheating in an early stage.”

Red Bull Racing opted for two FLIR A310 thermal imaging cameras for installation inside its wind tunnel. The FLIR A310 is a fixed-mounted thermal imaging camera that is used in a wide variety of critical equipment environments and other valuable assets. The camera contains an uncooled Vanadium Oxide (VOx) microbolometer detector, which produces crisp thermal images of 320 x 240 pixel and detects temperature differences as small as 50 mK.
“We chose FLIR cameras for this application because there was simply no better product on the market for this level of accuracy and price point,” says George Trigg. “The addition of these cameras has allowed us to ensure the wind tunnel is always kept running at its optimum, providing our aerodynamicists with a tool they can consistently trust.”

Although the FLIR A310 can be used for many critical monitoring applications; the camera selection was carefully considered. “The camera needed to be compact and fit neatly into the fabric of the wind tunnel in order to cause minimal disruption to the airflow,” says George Trigg. “The FLIR A310 is very compact, so this was a perfect fit. In addition, the FLIR A310 easily integrates with our existing systems.”
Another critical camera requirement was the sensitivity, image speed and accuracy. “We needed a camera solution that could provide next-to-real-time images with high accuracy to protect our equipment,” George Trigg concludes.

The selection of the FLIR A310 for the wind tunnel project is rooted into a great partnership between FLIR and the Red Bull Racing team. Since 2014, the team have been integrating FLIR cameras for a wide variety of uses around the factory and track, from electrical maintenance, test rigs and security on site, to tyre temperature assessments in the garage. The high product quality and innovative approach FLIR takes to developing new solutions for the challenges of Formula 1, makes a great fit with Red Bull Racing’s desire to push the boundaries of available technology for developing their car.