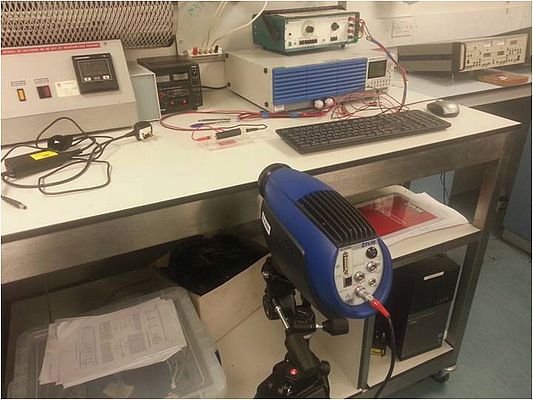 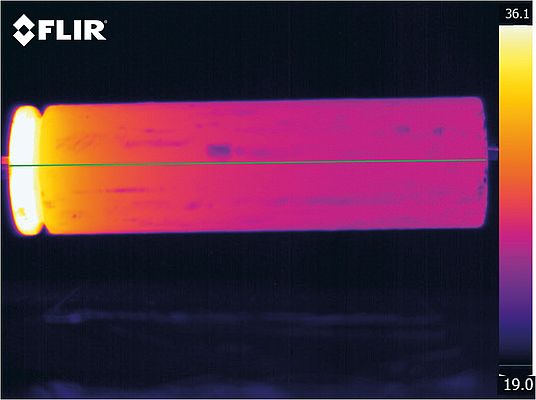 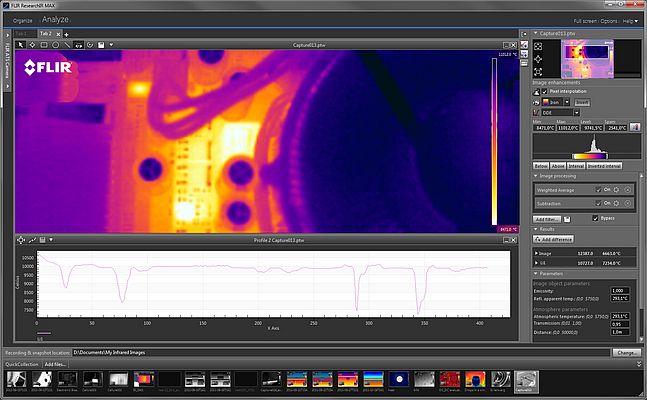 When it comes to electricity generation, fuel cell technology is widely regarded as a very promising way to meet today and tomorrow's environmental and energy needs. Fuel cells can be used as a source of heat and electricity for buildings, and as a power source for electric motors. At the University College London (UCL), researchers are developing this technology for commercialized applications. To diagnose the performance of these systems, they use a wide variety of tools, including thermal imaging cameras from FLIR.

At the UCL's Electrochemical Innovation Lab (EIL), a team of researchers, lecturers and industrial partners are continuously working on electricity production from a range of electrochemical devices including hydrogen fuel cells. The team's aim is to research and develop future energy technologies at both a fundamental, and applied level, with the ultimate goal of bringing the technologies developed into commercial usage.
A fuel cell combines hydrogen and oxygen to produce electricity, heat, and water. Just like batteries, fuel cells convert the energy produced by a chemical reaction into usable electric power. However, the fuel cell will produce electricity as long as fuel (hydrogen) is supplied, never losing its charge. Fuel cells operate best on pure hydrogen; however, fuels like natural gas, methanol, or even gasoline can be reformed to produce the hydrogen required for fuel cells.

To deliver the desired amount of energy, fuel cells can be combined in series and parallel circuits to yield either a higher voltage or current to be supplied depending on the desired application. Such a design is called a fuel cell stack.

Fuel cell performance
James Robinson, PhD researcher at the EIL, primarily focuses on high resolution thermal imaging of batteries and fuel cells. "A fuel cell is a device where a lot of electrochemistry is going on," says James Robinson. "The ability to see the thermal characteristics of fuel cells allows us to examine the mechanism of operation and failure. These electrochemical reactions inside the fuel cell generate heat, which makes a fuel cell a perfect device to be investigated using thermal imaging cameras. By understanding the temperatures observed, thermal imaging can be used to investigate the rate of reactions, the quality of cooling systems and the overall performance of a fuel cell."

Hotspots in operating batteries can give an indication of regions where the battery is going to fail. This adverse thermal behavior can quickly spread throughout the battery in a domino effect that is called thermal runaway. This can lead to catastrophic failure. Too much voltage, too high a charge, too high an ambient temperature, or a combination of these things can trigger thermal runaway. Sealed cells will sometimes explode violently if safety vents are overwhelmed or nonfunctional. Especially prone to thermal runaway are lithium-ion batteries. By understanding this behavior, the EIL can propose designs for new, safer and longer lasting batteries from the bottom up.

The EIL uses a wide variety of techniques to investigate fuel cells, including X-ray micro tomography, electrochemical atomic force microscopy, current mapping, off-gas analysis, high-speed photography, thermal imaging and a host of bespoke electrochemical techniques. Thermal imaging can be used to identify non-uniform generation of heat inside a fuel cell, which is usually a bad sign for the performance of the device. The nonuniform heat distribution can indicate nonuniform distribution of fuel or high electrical resistances, which reduce the current being produced or cell-to-cell variations for example.

Detecting hot spots in fuel cells
At the EIL, James Robinson has been using the FLIR SC5000 thermal imaging camera for R&D applications for over a year now. "The FLIR camera is being used continuously by several members of our team and it has always given us very reliable results for our research," comments James Robinson.
"We mostly use thermocouples as an additional temperature measuring tool, next to the FLIR thermal camera," says James Robinson. "The advantage of the thermal camera is that you can get a much better spatial temperature mapping. With a thermocouple - which can only measure temperature at one spot - this is not possible.
Especially when you have a fuel cell with non-uniform temperature distribution, you risk losing essential information when using a thermocouple." This point measurement can indeed lead to misleading results and give the illusion that a fuel cell is performing significantly better; or indeed worse, than it actually is.

With thermal imaging, it is possible to detect defects and faults inside the fuel cell by precise temperature measurements at a wide range of points. Defects are seen as either hot or cold spots; typically areas of high or no reaction, respectively. While measurement of these areas with a thermocouple is virtually impossible, a thermal imaging camera allows this analysis to be performed quickly and easily while also giving the exact point in space of the defect.

Advanced thermal pattern analysis
"At the time of purchase we did consider alternative thermal imaging camera brands," says James Robinson. "But a combination of price, performance and a good demo of the FLIR sales representative convinced us that the FLIR camera was the right choice."

"The camera's high sensitivity and high frame rate are very valuable for getting the reliable temperature results we need. At the same time, the FLIR SC5000 is relatively easy to use once the functionality has been explained to you. But maybe equally important as the thermal imaging camera itself is the FLIR ResearchIR software we use for our thermal pattern analysis," James Robinson adds.

SPS20 in Nuremberg Will be Held Virtually

Artificial Intelligence, Sensor Technology, Test & Measurement, Vision & Identification
The H2020 project was financed with EUR 8.4 million. The objective is to develop an AI platform for the monitoring and analysis of mine sites across Europe using earth observation technologies to improve safety, environmental impact and profitability
Read more