JPB Système’s CEO Receives the Manager of the Year Award

Damien Marc has been awarded Manager of the Year 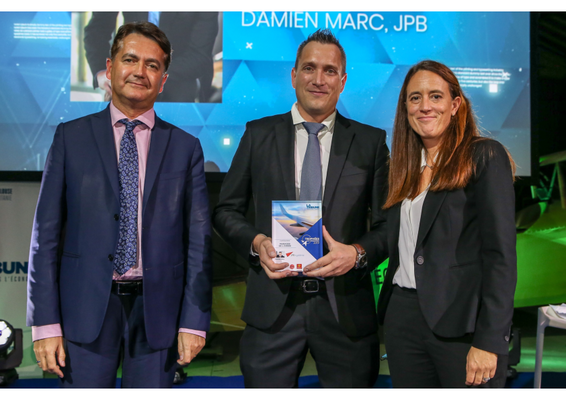 During the 2019 edition of Les Trophées de L’Aéronautique, hosted by La Tribune, Damien Marc, CEO at JPB Système, has been awarded Manager of the Year beating the CEOs of Radial and OpenAirlines.

Excellence in the aerospace industry

JPB Système has expanded its comprehensive range of self-locking nuts for aircraft engines and announced its venture into Industry 4.0 with the KeyProd system revealed at the Paris Air Show 2019.
The ceremony awarded excellence in the aerospace industry, giving prices, among others for the best development strategy, operational performance and innovation.