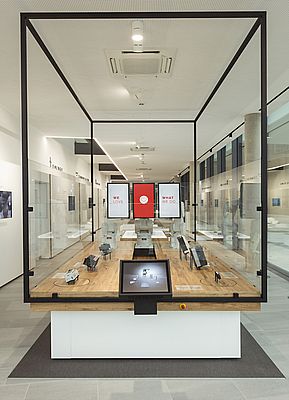 Not only the robots but also 90% of the components used in the robot application are Mitsubishi Electric's own products and solutions, e.g. the displays, servo-motors, controllers and the control technology which drives "Threebots".