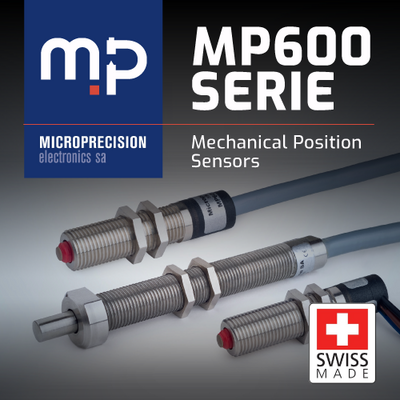 The distance between the two positions can be set specifically for each application, between 0.3mm and 1.5mm. The fixed NC and NO contacts activate with no measurable hysteresis.

Repeatability is less than 5 µm and, depending on cable selection, the operational temperature ranges from -40°C up to 130°C. Pre-cabled and sealed to IP67, the MP600 can be supplied with a connector termination, typically M8 or M12.

Automation
Mechanical, reliable and robust
Share with
Print
Advertise with us
More products from this supplier

Automation
Yaskawa, a leading company in this industry, has thus decided to use the PLCnext Technology, the open ecosystem for industrial automation from Phoenix Contact
Read more