Reaction testing of different materials and component designs to oxygen 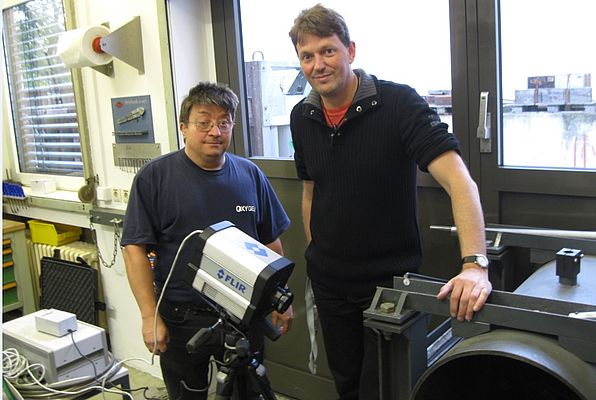 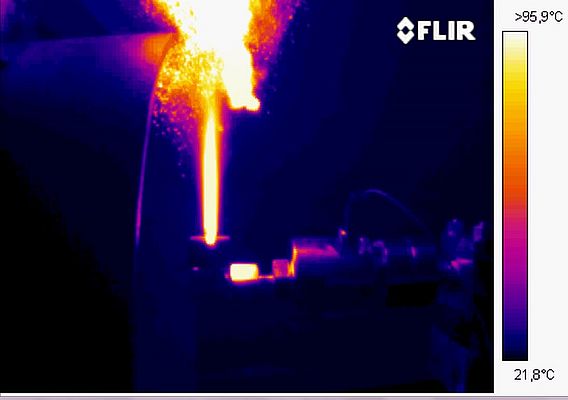 : The ASTM- G175 test investigates the ignition sensitivity of oxygen components to a promoted ignition impact.

A new application from FLIR Systems details how the Safe Oxygen Working Group at the Federal Institute for Materials Research & Testing (BAM), Berlin, Germany are using a FLIR SC-Series thermal imaging camera to test the reaction of different materials and component designs to oxygen at varying pressures and temperatures.

Pressurized oxygen is widely used in chemical plants, iron ore smelting, hospitals and for scuba diving. However the susceptibility of certain materials and component designs to large quantities of pressurised oxygen is highly unpredictable and can lead to strong reactions resulting in catastrophic failures.

Traditionally BAM had used thermocouple sensors and spot pyrometers to measure temperature. However these methods had limitations, thermocouples can be easily destroyed if there is a strong reaction with oxygen and spot pyrometers measure only temperature at one location. After invested in a FLIR SC Series thermal imaging camera - BAM researchers have been able to perform non contact temperature measurements using an 'oxygen pressure shock test' methodology.

In oxygen pressure shock testing the test material is finely divided to small flakes or grains, put into a stainless-steel container and exposed to the pressurized oxygen. The FLIR SC-Series thermal imaging camera is used to detect the temperature rise on the outer surface of the container. Using the FLIR thermal imaging camera it is possible to detect a temperature rise which involves a chemical reaction of the material with oxygen. Performing these tests at different starting temperatures and at different oxygen pressures, potential reaction thresholds can now be accurately determined by researchers at BAM.

A Beating Heart to Take the Pulse of Measurement. Safely

Test & Measurement
The so called ''Heartbeat Technology’’ from the Swiss group Endress+Hauser is the summa of the best diagnostics solutions in the company’s product portfolio. Nikolaus Krüger, Chief Sales Officer of the Endress+Hauser Group, explains why
Read more
Request information