Why industry isn’t taken into consideration when addressing Europe’s climate and energy obligations? 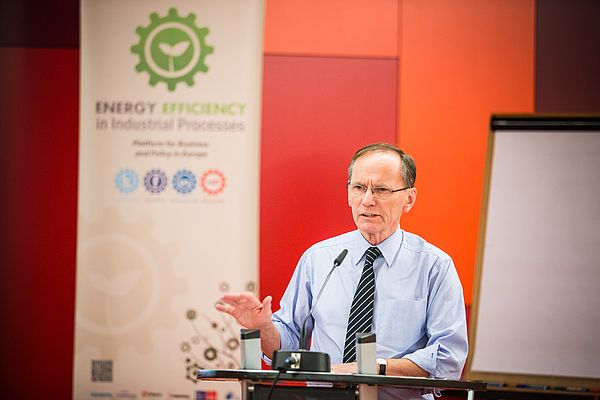 Last November, the European Commission published its proposals to revise its array of clean energy legislation to have them more fit for purpose to help Europe meet its obligations under the Paris climate agreement. Informally, the proposals are known as the “Winter Package.” Importantly, it proposed a new energy saving target for 2030 – 30%, up from 27% and now binding instead of indicative. The package is now going through the approval process within the European Parliament and the European Council (ministers from member states).

The package has three main goals: a) putting energy efficiency first, b) achieving global leadership in renewable energies, and c) providing a fair deal for consumers. The facilitating actions includes, among others, initiatives to accelerate clean energy innovation, the promotion of industry-led initiatives to foster competitiveness, and maximise Europe’s leadership in clean energy technology and services to help third countries achieve their policy goals.

There is one piece of legislation, the 2012 Energy Efficiency Directive, which has had elements directly dealing with the industrial sector. First, there was the requirement for large industry to have a mandatory audit by the end of 2016 and then to have them on a regular basis. The definition was loosely defined and to its credit, Italy included small and medium-sized enterprises that were large energy consumers. The EED also pushed for greater promotion of energy management systems, such as ISO 50001 and for greater help for SMEs.

For whatever reason, and it is not obvious, there were no new legislative proposals for industry. The impact assessment that supported the proposals showed that the reductions in industry by 2030 range from 0.5% to 12% compared to the baseline. Interestingly, the expected savings are mainly driven by the EU Emissions Trading System (EU ETS) and the impact of Ecodesign on the performance of industrial motors.  This is strange since there is widespread agreement that, for whatever overall impact ETS has had, it definitely has not encouraged industry to improve its energy efficiency.

There is one major problem. The Commission has limited the number of articles of the Directive that will be revised. Only it can agree to opening up any other article and they are showing no sign of willingness to do so. That does not mean that representatives from industry should not raise their voice. It does mean that the results may not come quickly.

On a more positive note, there are some non-legislative initiatives that could be good for industry.  Let’s discuss but two. The Energy Efficiency Financial Institutions Group (EEFIG) was set up by the Commission and the United Nations Environment Programme – Financial Initiative a few years ago.  EEIP is a member. While it initially provided recommendations to the Commission and to the financial sector how to improve the flow of financing to industry and buildings, it is starting to take other actions.  A database is being created that will help up-scale energy efficiency investments in Europe. Called DEEP – De-risking Energy Efficiency Platform – it is an open-source initiative through the improved sharing and transparent analysis of existing projects in buildings and Industry. Recently launched, the database now includes more than 7,000 projects.

Now EEFIG will be deciding soon what further steps will be taken.  It is hoped it will include a more formalised forum for stakeholders to discuss how the financial sector can play a more pro-active and effective role in ensuring sufficient financing is available.

Linked to that is a new project funded by the European Commission. Known as Industry, Infrastructure & Investor Confidence Project Europe (I3CP) to accelerate a global asset class for energy efficiency investment in industry and infrastructure by standardizing projects, from initial design through measurement and verification. This will help improve the entire project process, giving investors more confidence in the expected impact. The project is just getting underway and EEIP is a member of the project consortium. We will ensure readers are kept up to date with progress.

Where are we now? Industry is one of the major drivers of Europe’s economy. It must remain competitive and innovative. Improving how it uses energy is fundamental as new technologies and techniques are coming to market all the time. It is important for the European Union to give the right signals that it will do all possible to help its industrial sector maintain its competitive edge. Unfortunately, the Winter Package fails to do so. Let’s hope that changes as there is increased awareness that industry should not be neglected.