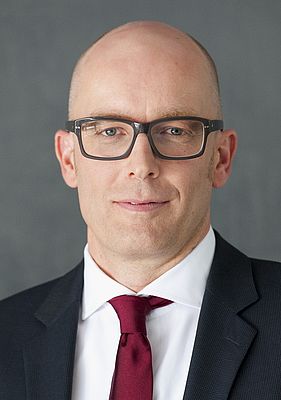 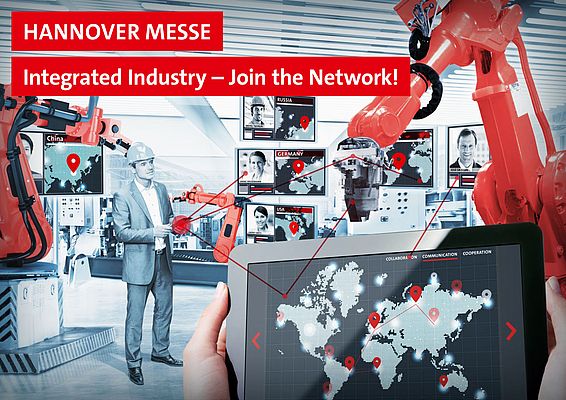 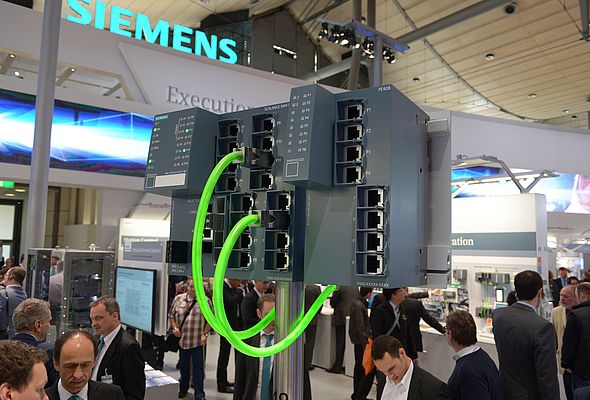 IEN: In 2014, the HANNOVER MESSE motto was "Integrated Industry - Next Steps", this year it is "Integrated Industry - Join the Network!" Content-wise, what is different from last year's trade show regarding this topic?
Siemering: During the past few years, numerous technologies and processes have been developed for self-managing smart factories. In 2014, the focus of "Integrated Industry - Next Steps" was on how to bring together all the components - data, hardware, software, sensors, visualization, etc. - to maximize resource efficiency, energy efficiency and cost efficiency. "Integrated Industry - Join the Network!" is a call to action for all participants in the manufacturing chain to form networks with each other and work together to optimize production. Technology is important, but just as important is how all the organizations - producers, suppliers, logistics companies, customers, etc. - in a manufacturing system work together. Only when these networks exist will we achieve truly integrated industry.

IEN: What do you think are the key challenges to really push Industrie 4.0 to the next level?
Siemering: We see three key challenges: (1) Developing international standards across the electrical engineering, mechanical engineering and IT industries (2) Building networks that ensure data security (3) Defining which roles humans play in Integrated Industry. HANNOVER MESSE will feature a number of forums that address these issues.

IEN: According to the "IT Innovation Readiness Index", 40 % of the German medium-sized companies in the manufacturing industry still refuse Cloud Computing as an appropriate tool of doing business. However, Cloud Computing is an integral part of Industrie 4.0. Do you think that those massive restraints and skepticism as far as data security is concerned can be overcome, or do you think that in the end Integrated Industry will be thwarted by this attitude?
Siemering: I am confident that small and medium-sized companies will soon overcome their reluctance regarding Cloud Computing. This has already happened in the consumer sector, where companies such as Airbnb, Amazon, Google, Spotify, and Uber have used the Cloud to overturn established business models. Data security is a big concern in these industries, too, but the benefits of a networked approach far outweigh the drawbacks. Eventually, manufacturers will have to adapt to Industrie 4.0 in order to remain competitive. Integrated industry will happen; it is simply a question of time.

IEN: What can HANNOVER MESSE do in order to overcome this situation?
Siemering: HANNOVER MESSE is the torchbearer for Industrie 4.0. We have focused on this topic three times in a row; each year the fair reflects the progress of the preceding 365 days. HANNOVER MESSE is not only the global showcase for products and services, it is also the communication platform for all involved parties, including manufacturers, users, researchers, lawmakers, trade unions, and politicians. HANNOVER MESSE is where these groups discuss the challenges, issues and opportunities that inform future policy decisions. For example, on Tuesday (14 April) at HANNOVER MESSE 2015, German economics minister Sigmar Gabriel will explain Germany's industrial plans and encourage 250 guests from Asia, Europe and the USA to collaborate with each other.

IEN: Are you satisfied with the overall number of exhibitors so far?
Siemering: Yes. We expect roughly the same number of exhibitors (6,400) we had in 2013, which is the last year with a similar format. We are especially pleased that the big robotics players are back at HANNOVER MESSE. KUKA returned in 2014 and this year Fanuc from Japan will be at the fair, so visitors will be able to see next-generation industrial robots in action.

IEN: What would you name as the highlights in the Industrial Automation sector of the trade show, and what are other hot topics apart from Integrated Industry?
Siemering: Industrial Automation is the world's leading showcase for production and process automation and Digital Factory is the global showcase for industrial IT. We have many highlights within this section. For example, "Application Park Robotics, Automation & Vision" is home to robotics manufacturers, systems integrators and providers of industrial image processing technology and features a live demonstration area. DFKI's Smart Factory will demonstrate a complete production line from the factory of the future. Other special displays include "Integrated Assembly Solutions", "Mobile Robots & Autonomous Systems" and "Wireless, M2M & IoT". We have forums for automation, industrial IT, laser technology, and automation in the life sciences. The MES Conference on 16 April will spotlight successful projects from the discrete and processing industries. And we have the guided tours "Automation & IT" and "Industrie 4.0".

IEN: 2015 is also a Motion, Drive and Automation (MDA) year. What are the focus topics in that area, and how will they be presented at the fairground?
Siemering: Power transmission and control technologies enable integration across control and production processes and yield major improvements in productivity, so Industrie 4.0 is also a key topic at MDA. Other focal points include energy efficiency and sustainability, condition monitoring systems, total cost of ownership, and life cycle cost. For example, ARGO-HYTOS will demonstrate its online condition monitoring systems, which continuously analyze the status of machines, systems and system components in real-time and are crucial to condition-based predictive maintenance. And Bosch Rexroth will present intelligent hydraulic and electromechanical drive and control systems based on its new Open Core Interface technology, which allows users to customize control functions, such as integrating mobile devices for easier operation and diagnosis. Plus, MDA is located adjacent to the MobiliTec and Wind fairs - two industries that rely heavily on power transmission and control technology - so HANNOVER MESSE provides an all-encompassing overview of drive technology across multiple sectors.

IEN: With India, a country with one of most promising emerging markets is the official partner country of this year's HANNOVER MESSE. How many exhibitors from India will participate, where will they present themselves, and what do you consider the specific strengths of the Indian industry?
Siemering: India is one of the world's fastest-growing economies, with average economic growth of 10 percent during the past decade and roughly five percent currently. Prime Minister Narendra Modi wants to transform the country into an economic superpower. His "Make in India" initiative aims to remove barriers such as bureaucracy, skill shortages and corruption and to liberalize the economy, foster public-private partnerships, expand the country's infrastructure, modernize manufacturing, and attract foreign direct investment. India's National Manufacturing Policy mandates manufacturing's share of GDP grow from 16 percent to 25 percent by 2022, and McKinsey projects India's manufacturing sector could grow sixfold to one trillion dollars by 2025. Many experts believe India is on the verge of joining the world's manufacturing leaders, especially since production and labor costs in China are on the rise. But Indian companies must rapidly improve in areas like product development, supply chain management and quality control. HANNOVER MESSE is where Indian companies procure the modern machinery, equipment and products they need to be competitive. Currently, only Germany and Switzerland belong to India's top ten trading partners. HANNOVER MESSE is the perfect chance for other European countries to learn more about the Indian manufacturing marketplace. We expect approximately 350 exhibiting companies from India at HANNOVER MESSE 2015. The central India Pavilion will be in Hall 6, with other pavilions located throughout the fair. The highlight of India's participation will be "Make in India" and Prime Minister Modi's visit at HANNOVER MESSE, which will be his first trip to Germany as Indian Prime Minister: he will open the fair on 12 April with German Chancellor Angela Merkel and he is bringing a delegation of top CEOs from 90 Indian companies.

IEN: Apart from the exhibition itself, what other events are there worth visiting?
Siemering: We have a complete program of forums, panel discussions, and guided tours in all sectors of the fair. For example, we have the Industrie 4.0 Forum and also an Industrie 4.0 guided tour. I encourage your readers to visit www.hannovermesse.com for a complete overview of the fair and supporting program.

Industry 4.0
Recognizes the gripping hands and provides verification of the object
Read more