Reducing downtime from unplanned maintenance shutdowns and improving fault-finding were critical factors for the power generation company. In particular, it was crucial that any problems occurring during start-up of its gas turbines were solved as quickly as possible. Also the benefit to minimizing unscheduled shutdowns reduces significant time lost for the turbine to roll down to zero speed and restart.

Engineers were also keen to identify and resolve any potential issues with the gas turbines in real-time, before a problem occurs further down the line.

Data was already being collected and used to build models to solve these challenges. However, in the power generation sector, downtime incurs significant costs in terms of lost power generation. To maintain its competitive edge, a real-time monitoring and anomaly detection system was needed to enable immediate intelligent action. When looking to incorporate Edge IoT technology, the engineers decided to explore their options using digital experimentation.

As the engineering team had many questions that needed answering before any mass IoT deployment decision was made, it used Adlink’s Digital Experiments platform. This provides all the relevant hardware, software and services required for a variety of projects and experiments that are run simultaneously to minimize risk for the user.

Using Adlink’s Edge solution, the company is now able to stream live data and benefit from cloud-based analytics tools including predictive data modeling and machine learning. Enabling the data to be streamed live in real time is highly significant because previously the operational data from the gas turbines could only be acquired retrospectively by the existing OSIsoft® PI System®.

Adlink Edge provides the real-time connectivity required to stream this live data to advanced analytics anywhere and display it on a clear user interface. This dashboard enables the company to dive into the IoT data in real-time to look, for example, anomalies or interesting events that ultimately might critically impact its turbines or areas of the plant or business. All this is possible thanks to the integrated solution from Adlink.

The data can also be published back to the PI servers and one version of the truth is maintained. The end result is the deep insight this provides, which can be used to predict problems and minimize downtime by limiting lengthy and costly shutdowns. As a further benefit, the need for onsite support has also reduced and customer satisfaction has improved. The solution harnesses the power of IoT technology to connect existing software and systems seamlessly and cost effectively.

By using the Adlink IoT Digital Experiments platform, the business enabled its PI System to run out into the field at the Edge. Collecting sensor data from devices on its gas turbines that were never monitored before is revolutionizing its capabilities for analyzing, visualizing and making sense of that data from hundreds to thousands of secure real-time data streams. Moving from asset and process intelligence to operational intelligence is enabling the company to improve plant efficiency and maximize uptime of its gas turbines. Adlink Technology is committed to making IoT simple at the Edge. 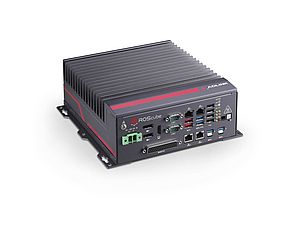 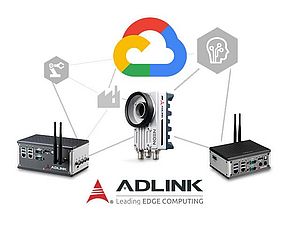