The Lucerne-based family-owned company, which today comprises 22 subsidiaries, achieved a cash flow of 10.5 % and a profit after tax of 6.8 % of sales 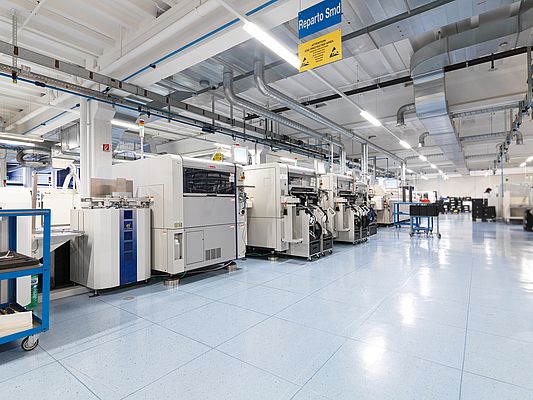 The SCHURTER Group can look back on a successful year 2017. The special influences of currencies around the globe seem to have been forgotten. For the year under review the SCHURTER Group recorded strong growth of 30.9 % to CHF 259.4 million.

The Division Components increased sales by 34.1 % to CHF 172.7 million. The department Solutions made a significant contribution with growth of 26.8 %. Similar news can be reported from the Division Input Systems. Taking into account the acquisition of AKI ELECTRONIC, growth of 24.9 % to CHF 86.7 million was also generated here.

The two newly acquired Group Companies Burisch Elektronik Bauteile GmbH, Vienna, Austria and AKI ELECTRONIC spol. s r.o., Jihlava, Czech Republic, gave much pleasure. These companies were successfully integrated into the SCHURTER Group as of 01.01.2017. Burisch has been the SCHURTER Group's sales partner in Austria for over 60 years and, in addition to the sale of SCHURTER products, has other well-known product lines. AKI is a touch panel manufacturer, which produces especially small and medium sized series for the European market. Sales activities in the segments "Components" and "Input Systems" were thus strengthened for the Austrian and Eastern European markets. As a logical consequence, the number of employees also rose sharply by 26.2 % to new 2,009 employees. In addition, we massively expanded the capacities of individual production sites to meet the high demand.

The new certification of the Automotive Standard IATF 16949 of SCHURTER AG can be described as a highlight. New customers in the automotive sector and manufacturers of mobile phones repeatedly challenged the Group in terms of process, product and service quality. Thanks to these demanding customer requirements, progress was made in both divisions.