As it happened for many other event organizers, also Deutsche Messe was confronted with the difficult decision to postpone Hannover Messe to July due to the Coronavirus outbreak. But every cloud has a silver lining 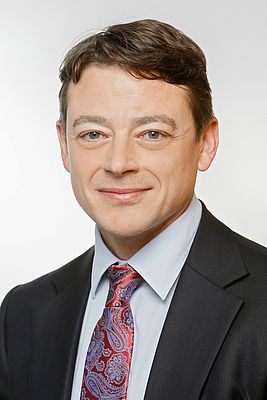 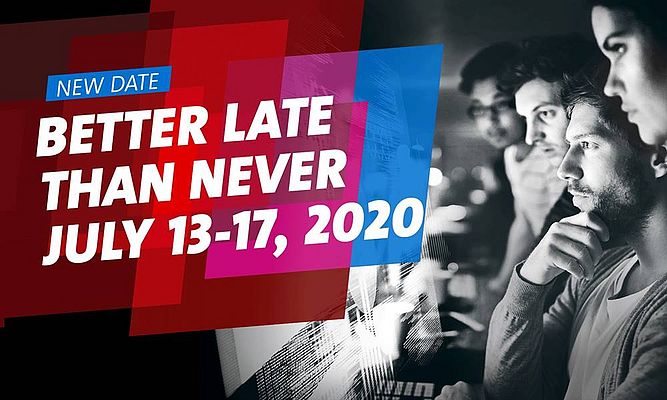 IEN Europe: Could you tell us the backgrounds of Deutsche Messe’s decision to postpone Hannover Messe to July?

B. McCormack: For companies organizing events, the primary issue is always to make sure that all participants are safe and that the proper safety measures are in place. As event organizers, we have been in regular contact with the authorities here in Hannover and Lower Saxony since the awareness of coronavirus started at the beginning of the new year. We also have an Advisory Board comprised of politicians and authorities in this region and an Exhibitors’ Advisory Board comprised of representatives from companies that exhibit at Hannover Messe.

At first, we did not know what impact the coronavirus would have on Europe, but when the outbreaks in Europe increased, the health authorities recommended that we observe expanded health care precautions, such as installing temperature-measuring stations at all entrances of the fairgrounds. We would have to screen all participants – all exhibitors, all visitors, and all service providers such as booth builders. We would have to evaluate them and make sure that they either did not have the coronavirus or had not been in contact with anyone who had the virus, which we were not in a position to do in such a short time frame. Therefore, after many discussions with different stakeholders and institutions, we decided that the best thing would be to postpone the event but not cancel it.

IEN Europe: When did you make this decision exactly and how was the response of the exhibitors?

B. McCormack: Before making the decision to postpone the show, our company leadership had many meetings with everyone who is involved in organizing Hannover Messe, including exhibitors, health authorities and politicians in Hannover. At first, at the end of January and even to the middle of February, it was difficult to determine the real impact of the virus. So we planned to decide at the end of March whether to have the fair in April or not. But after the strong outbreak in Europe, it became obvious to us that we would not wait anymore. We thought that the exhibitors needed to know beforehand to be able to plan, and the same for visitors. Our managing board made the final decision at a meeting here in Hannover with the Exhibitors’ Advisory Board and the Health Authorities the same morning [on Monday 4 March] when we sent out the announcement.

IEN Europe: Did the exhibitors get the communication also that morning?

B. McCormack: Yes, we notified all exhibitors that morning. However, given the short time notice and having more than 6,000 exhibiting companies, we weren’t able to contact or communicate with all of them beforehand. However, our Exhibitors’ Advisory Board, CEO and the senior vice president of Hannover Messe were constantly in contact, to consult and analyze the situation. This process took place over a couple of weeks and it’s not something that was decided immediately, but when we realized that we couldn’t wait till the end of March to make a decision then it happened fairly quickly.

IEN Europe: What was the reply of the exhibitors then?

B. McCormack: As we could expect in an extraordinary situation like that, some people did not agree with the decision, but the overwhelming response was that we made the right decision and we communicated it correctly in a timely fashion. Of course, we still have to wait to see how many companies will confirm their presence in July. Some of them already declared on social media that they will be there in July, but for 6,000 companies, it’s going to take a little time for us to really clear everything and see how many companies will be there in July.

IEN Europe: So at the moment you don’t have a clear number of confirmed exhibitors in July?

B. McCormack: No, now it’s far too early, but we expect to have a better idea of how many companies will be there within two weeks or so. At the same time, postponing the event gave us the opportunity to extend the sales window, which would be pretty much closed now, and to talk to more customers. There are for sure some pros and cons to this decision. We would have definitely preferred to have it at the regular time in April, but that’s just the way things are now.

IEN Europe: Have you ever experienced something like that before?

B. McCormack: No, this is the first time in the history of Hannover Messe that we postponed the fair or even considered postponing the fair. In the past, we had the volcano that erupted in Iceland in 2010 and made it difficult for people from oversea to travel to Hannover, or we had to deal with public transportation strikes right before the fair or during the fair. Back at the beginning of the 2000s, there was the SARS outbreak in China but it didn’t impact us as much as the coronavirus.

It’s really unfortunate, it’s affecting not only us, but also a lot of event organizers, companies, people and societies right now. For event organizers, the first priority is the wellbeing of customers, visitors, and employees. It’s fundamental to be on the side of caution when making a decision and taking into account the safety of everyone.

IEN Europe: What benefits this shift of dates bring to both visitors and exhibitors?

B. McCormack: One positive aspect will be that after almost a half year of standstill in the industrial business world – with lots of events, conferences and business trips being canceled… basically all the networking and discussion opportunities – by the time July arrives, people are going to be eager to meet with each other to discuss what’s new and see what they may have missed. The most important thing will be to start doing business again and July is the earliest possible moment to come together here in Hannover and kickstart business.

IEN Europe: What’s the strategy of Deutsche Messe in case of a protracted health crisis?

B. McCormack: At this point, there’s nothing concrete that we can communicate, but since the outbreak became public, we have had an internal taskforce here at Deutsche Messe having meetings every day, several times a day. They will keep meeting regularly as long as the coronavirus is around to the extent that it is now. We will consult with the authorities and follow their recommendations.

IEN Europe: What would you do in case that new safety measures will be required in July?

B. McCormack: Right now, it is too early to say, but we want to keep our customers and visitors informed about the situation and our plans. That is why we talk to them and the health authorities on a continuing basis. Their recommendations will determine what we will do in the future.

IEN Europe: Have you already postponed or canceled any other Deutsche Messe or Hannover Messe events around the world?

B. McCormack: We had several events that were supposed to take place this month that we postponed. WIN Eurasia, for instance, is postponed to June 18-21. We are quite active in organizing Hannover Messe events in China, but any events scheduled for February, March and up to an indefinite time were postponed by the Chinese authorities.

IEN Europe: How are you dealing with your original program of conferences and events scheduled during Hannover Messe? Will they be postponed to July as well?

B. McCormack: We will try to maintain the same program as envisaged/scheduled in April to the extent we can. We intend to pick up Hannover Messe as it was planned in April and transfer as much as possible to July, but some adjustments in topics and speakers could be necessary.

IEN Europe: Does Deutsche Messe have any figures on the impact of coronavirus on industry at the moment?

B. McCormack: We don’t have current numbers, but as we speak AUMA, the association of the German Trade Fair Industry, just released a report stating that cancellations and postponements of German exhibitions may cost up to three billion euro.

Industry 4.0
At the latest edition of Advantech’s Industrial IoT World Partner Conference in Taiwan, IEN Europe met three of the company’s main European partners to learn what this collaboration brings and entails for them
Read more