At the end of 2016, POWER-GEN published the Europe Confidence Index, that analyses the results of a specific survey for the power industry conducted in April-July 2016 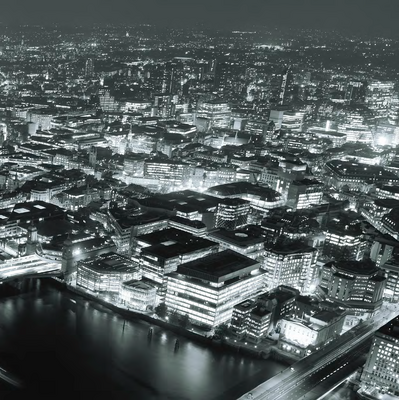 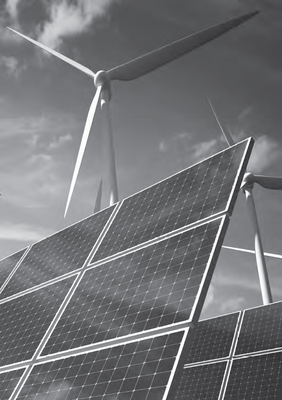 In 2016, POWER-GEN, the largest conference for the power sector with a world-class program that presents cutting-edge themes and focuses on future strategies for change and renewable energies, published the Confidence Index Report. The POWER-GEN Europe Confidence Index Report, available online for free, measures the attitudes of power industry practitioners in the region.

The report is produced in conjunction with POWER-GEN Europe and its co-located event Renewable Energy World Europe, the leading conference and exhibition for the international power and renewable industries.

The POWER-GEN Europe Confidence Index is the result of a pan-European study of more than 800 of the region’s power market professionals in 2016. It focuses on topics including:

This report documents and analyses the results of a wide-ranging survey of power industry professionals, conducted in April-July 2016. It offers unique insights into the collective views of those active in the European electric power industry and reveals valuable findings, likely to be of interest to those working in the sector or looking to make business decisions in this fast-changing industry.

One year ago, PennWell published its first European power industry study, under the title of POWER-GEN Europe Confidence Index. The study set out to explore the views of those directly employed in the industry, with first hand practical knowledge and experience and with a genuine stake in the sector. The survey aimed to gain an understanding of attitudes towards both existing and emerging technologies in the short and medium term. It also sought opinions on equipment supply and investment opportunities across European countries and to reveal expectations about the pace of renewable energy development in each location.

The snapshot of the electricity generation sector it provided revealed an industry already focused on future market developments expected to transform the industry, such as energy storage technology, but also exposed an industry feeling underprepared for the changes to come.

With the publication of the 2016 report, POWER-GEN is pleased to share the findings of last year’s survey and to ‘take the temperature’ of the sector, one year on. Historically, an annual reassessment of what was regarded as a slow-moving sector, might have been deemed unwarranted, but the pace of change has accelerated in Europe, driven by environmental policy, technological developments and customer expectations.

The past few years have seen the mainstream European power generation market experiencing very flat trading conditions as it adjusts to lower levels of electricity demand, the transition towards low-carbon sources of power generation and a more decentralized infrastructure. These market characteristics have remained unchanged, yet the anecdotal evidence at the POWER-GEN Europe Conference & Exhibition in 2016 was that there was more optimism among the participants than the previous year and a growing belief that the changes occurring in the sector would offer new opportunities.

It was against this background that the 2016 survey was conducted. 2016 report provides a statistical summary of 833 surveys undertaken by qualified power industry professionals, all of whom completed the survey in full. Where possible, POWER-GEN has made broad comparisons to findings revealed in 2015 report, although since much of the survey was re-vamped in order to achieve more valuable insights, specific references to figures has been avoided so as not to mislead the reader.

It should also be noted that this survey was carried out during April, May and June until its final closing date on 6 July. Therefore, the majority of responses were received prior to the announcement of the result of the "Brexit" EU Referendum which took place in the UK on 23 June, 2016. The number of surveys completed after 23 June was of insufficient size to draw any valid conclusions about possible changes in responses, but no material variations were noticed in those received in this period.

In its 25th year, POWER-GEN Europe and co-located Renewable Energy World Europe, is the dynamic centre point, where a rapidly evolving power industry meets to gather information and compare views on shared opportunities and challenges. Attracting a worldwide audience, it is the industry’s premier event, resolved to discussing solutions for advancing Europe's energy future.

Among the many hot themes, there is energy storage. Energy Storage offers huge opportunities. The EU is targeting 27 per cent renewable energy generation by 2030, presenting more challenges for grid stability. The move towards an Energy Union and the resulting increase in interconnection and coordination will help, but energy storage will be vital in meeting the goal.

There are few areas of the energy system which don’t stand to gain from cost-effective, efficient storage systems. To this end, POWER-GEN & Renewable Energy World Europe, in conjunction with the European Association for Energy Storage (EASE) will devote a day of its conference to Energy Storage issues.

Focussing on energy storage in the context of the power industry, the presentations and panel discussions will deliver an up to date picture of the opportunities and challenges for storage and look at the most promising technologies and successful deployments.

At the end of 2016, POWER-GEN published the Europe Confidence Index, that analyses the results of a specific survey for the power industry conducted in April-July 2016
Share with
Print
Advertise with us
Related articles

Artificial Intelligence, Automation, Covid-19, Industry 4.0
The pandemic has profoundly changed the way we live, work, and communicate. Six experts from six world's leading companies discuss how to tackle the Coronavirus crisis to secure a shining future for the industrial sector
Read more

Covid-19, Industry 4.0
The pandemic has profoundly changed the way we live, work, and communicate. Six experts from six world's leading companies discuss how to tackle the Coronavirus crisis to secure a shining future for the industrial sector
Read more

Automation, Covid-19, Industry 4.0
The pandemic has profoundly changed the way we live, work, and communicate. Six experts from six world's leading companies discuss how to tackle the Coronavirus crisis to secure a shining future for the industrial sector
Read more

A Touch of Magic

Electronics & Electricity
We have known and used mechanical switches and push buttons since childhood. A clear pressure point, a saturated clicking sound when actuated. We are used to this. But there are other ways, almost magical: A gentle touch is enough for capacitive switches.
Read more

Automation, Covid-19
The pandemic has profoundly changed the way we live, work, and communicate. Six experts from six world's leading companies discuss how to tackle the Coronavirus crisis to secure a shining future for the industrial sector
Read more