The introduction of blockchains could trigger the energy sector thanks to its huge potential. However, today it is still a niche topic in the energy business 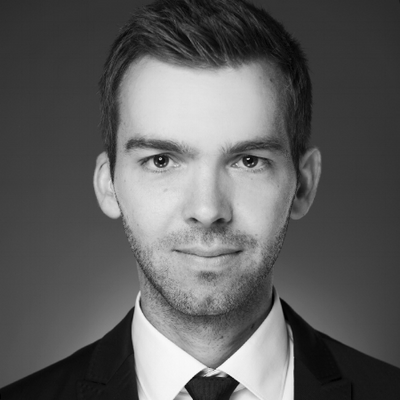 This article is about one of the hottest topics in energy business, the blockchain. While there are many discussions already going on about the technological dimension and business cases based on the new technology, we will focus on the institutional side again. Importantly, we intend to sketch a first general picture of the potential institutional implications of the blockchain technology in the energy sector, thereby keeping in mind that the full potential, applicability and success of this new technology is still uncertain.

On 14th February 2017 energy and blockchain experts met in Vienna on the Event Horizon 2017  to discuss the potential of the blockchain technology for the energy sector. The general idea behind such events like the one in Vienna seems to be very compelling: Can we apply a decentralized ledger technology like the blockchain to a system that currently develops towards an increasingly decentralized structure (due to the diffusion of renewable electricity supply and new applications on the demand side, like electric vehicles), like the electricity system? Today, blockchain is a niche topic in energy business, with less than 2% of all startups that focus on blockchain technology targeting specifically the energy sector. However, the incumbent energy business becomes aware that blockchain is an important topic with huge potential.

Now, if we take a look at the debate on the Event Horizon, we see very passionate people from different startups and a lot of enthusiasm. This is because the blockchain is based on a very good selling idea: At low costs, it uses a transparent distributed system that is based on democratic processes and replaces less transparent intermediate services. These three components (cost saving, transparency and democratic decision making) are very compelling and are, at least from our point of view, the main reason why blockchain gains some much audience at the moment. Still, blockchain is in its infancy, with many obstacles to overcome. Especially on the technical side, the blockchain technology has yet to prove that it can meet the (very high) expectations. Yli-Huumo et al. (2016) give a nice overview of the current challenges for the blockchain technology:

• Latency: To create sufficient security for a Bitcoin transaction block, it takes currently roughly 10 minutes to complete one transaction.

• Size and bandwidth: size of a BitCoin Blockchain is over 50,000MB (February 2016). When the throughput increases to the levels of VISA, Blockchain could grow 214PB each year.

• Security: The current Blockchain has a possibility of a 51% attack. In a 51% attack a single entity would have full control of the majority of the network’s mining hash-rate and would be able to manipulate Blockchain.

• Usability: The Bitcoin API for developing services is difficult to use. There is a need to develop a more developer-friendly API for Blockchain.

• Versioning, hard forks, multiple chains: A small chain that consists of a small number of nodes has a higher possibility of a 51% attack. Another issue emerges when chains are split for administrative or versioning purposes.

From our perspective, especially the energy intensity is very interesting. Croman et al. (2016)  calculated for BitCoin that the energy costs related to each transaction add up to 6.2$, given the current design of BitCoin (1 MB per block, latency of 10 minutes). For the future, Croman et al. (2016) project that these costs could be cut by 80% with larger block size (4 MB) and higher latency (12 seconds).

So at this point, we can conclude that the blockchain is a promising technology, but far from being ready for the mass market.

The Blockchain: A brief introduction

Currently, many different blockchains pop up. Basically, we can differentiate these chains using two criteria:

1. Supervision and control: Is there an institution that controls the blockchain (e.g. decides who joins a blockchain, can delete or alter the data set in the ledger)?

2. Visibility: Either a blockchain is public and thereby visible for everyone or private and therefore only visible to the members of the blockchain.

Today, most blockchains are public permissionless ledgers, i.e. there is no central supervision of the ledger and the responsibility to manage the system is with its users. With permissionless blockchains, everyone can connect to the blockchain and use it for transactions.

The blockchain might change or even disrupt many sectors as it challenges the business case of intermediaries. Merz (2016) refers to “disintermediation”. So far, many business models are based on the fact that two parties that want to execute a transaction do not have enough information about each other to process the transaction.

In different markets, disintermediation has been an issue for retailers due to new digital platform providers, e.g. Amazon, Uber and AirBnB (Merz 2016). Now, the blockchain technology offers the potential to substitute service of intermediates in more than just the retail business.