Endress+Hauser Expands its Subsidiary and Invests in Sensor Technology

Innovative Sensor Technology IST AG, a subsidiary of the Endress+Hauser Group, has expanded its plant in Ebnat-Kappel, Switzerland, with a project that costed nearly 15 million euros 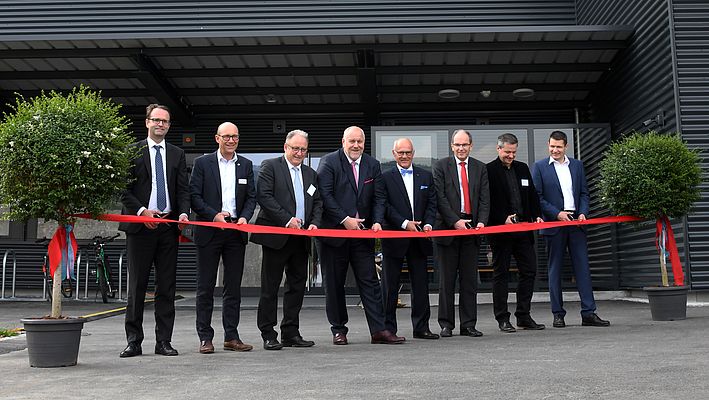 Endress+Hauser Expands its Subsidiary and Invests in Sensor Technology

The sensor specialist Innovative Sensor Technology, a subsidiary of the Endress+Hauser Group, announced on May 24 2019 the official opening of a new expanded facility of its plant in Ebnat-Kappel in eastern Switzerland. The expansion projects costed nearly 15 million euros and offers double the floor space.

The 13,500-square-meter plant includes roughly 3,700 square meters of production space, 1,500 of which is set aside for clean rooms. The office facilities and cafeteria were expanded as well. The expansion was necessitated by the increasing demands on production and the growing space requirements. Since moving to Ebnat-Kappel in 2012, Innovative Sensor Technology IST AG has doubled the number of employees at the location to nearly 200. The employees moved into the new facility after the 18-month construction project was completed in early 2019.

Headquartered in Ebnat-Kappel in eastern Switzerland, Innovative Sensor Technology IST AG is one of the leading manufacturers of physical, chemical and biological sensors, specializing in the development and manufacturing of thin- and thick-film platinum and nickel RTD temperature sensors, thermal mass flow sensors, capacitive humidity sensors, conductivity sensors and biosensors. The company, with 400 employees around the world, has been part of the Endress+Hauser Group since 2005.