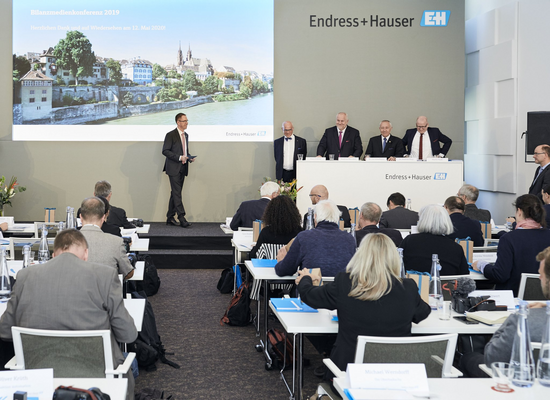 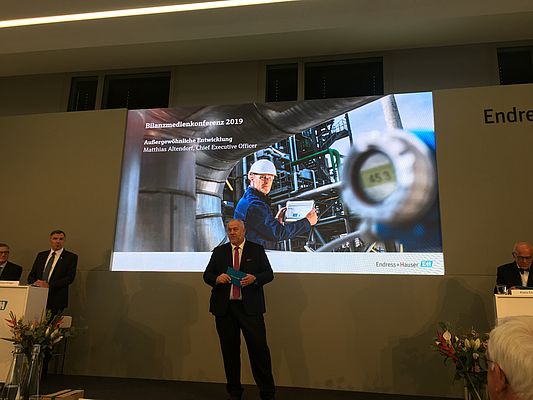 Endress+Hauser has announced a significant global growth in 2018 and substantial development of its three largest markets: Germany, China and the US. The announcement has been made today during the Group’s Annual Media Conference in Basel.

‘’2018 was a special year for Endress+Hauser. Growth was close to 10 percent across all industries, regions and product areas’’ declared today CEO Matthias Altendorf, who also illustrated that sales reached almost 2.5 billion euros with more than 230 million euros of net income, thanks to an expanded global network that counts manufacturing facilities in 12 countries, sales centers in 50 countries and representatives in 75 and to a strong sector economy which saw a general solid growth of process automation and ongoing investments in digitalization.

This growth was achieved ‘’despite the strong headwinds we faced with foreign exchange rates,’’ continued Mr. Alterndorf. A loss that apparently costed more than 3 percent growth in the exchange Swiss franc/Euro.

Main markets and sector of growth

The US market performed especially well last year and experienced a double-digit growth that led the US to replace Germany as largest sales market for the first time in the Group's history. China is also growing at a fast pace and if the trend continues Endress+Hauser expects to see soon a Chinese takeover of the top spot. Europe’s export-oriented countries also showed a robust growth, with promising results especially in Germany, Italy and in the UK after Brexit. Looking elsewhere, the Asia-Pacific region registered dynamic growth and even Africa and the Middle East performed at a double-digit pace.

The chemical, oil and gas (especially in the Americas and NAFTA countries) and primaries and metals industries were the leading sectors of growth in 2018, but even food and beverage, life science and water and wastewater performed well. All field of activities contributed to growth, especially in the solution and service business and – as for products – in flow measurement and advanced analytical technology.

Innovation at the beat of IIoT

In 2018, Endress+Hauser invested a lot in Research & Development with the aim of producing innovation and generating excitement among customers. ‘’We brought more than 50 new products to the market and introduced more than 450 device options,’’ said Mr. Alterndorf. Research and development expenses climbed to 184.2 million euros, representing 7.5 percent of sales. The company filed 287 initial patents in 2018 and at the end of the year held nearly 7,800 patents and other intellectual property rights.

The Group has also made explicit its commitment to drive and encourage digitalization, both inside the company – with the introduction of collaborative digital workplace, self-driving vehicles in production and robots for activities such as testing and welding – and outside, offering customers the possibility to get access to a great amount of unused data to optimize their processes and leverage the potential of IIoT. To drive this concept, Endress+Hauser has created and launched the hashtag #Empowerthefield, having at its center the Netilion IIoT ecosystem, which provides a secure data and analysis platform.

While digitalization is creating more transparency, efficiency and employment - the global worforce increased of 629 people in 2018 over 2017 and 200 new jobs were created in the Basel area alone - the company is putting sustainability at the heart of its growth strategy for the future. ''When we talk about growth today, we always mean sustainable growth. This is why we defined a KPI for sustainability as part of our Strategy 2020+,'' said Mr. Altendorf.

The family-owed company will pursue sustainable development with the goal of placing itself in the top 25% of all the companies participating in the global EcoVadis benchmark, which assesses companies annually with respect to sustainability.

“We feel it’s important for the future of Endress-Hauser to continue to have members of the shareholder family work at the company,” emphasized Klaus Endress, President of the Supervisory Board. “This strengthens the bonds between the family and the company.” A decision was thus made to allow members of the family to work at all levels within the company. The Family Charter provides clear guidelines; candidates who choose this path will receive close support from the Family Council.

Does ‘Edge Intelligence’ make sense in an IoT world?

Industry 4.0
Where is the ‘edge’ when everything is connected?
Read more

New CFO Appointment in the Software and Cloud Solutions Industry

Industrial Equipment & Supplies
Morof to step down and Matthew Brown to be appointed Chief financial officer of Altair on March 16, 2021
Read more