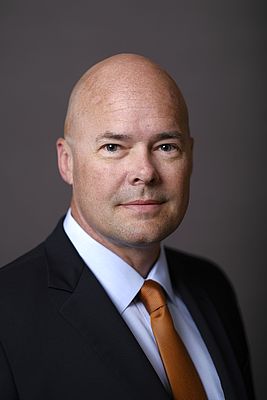 Mr. Cannon’s extensive and varied leadership experience makes him ideally suited to lead FLIR and its portfolio of innovative technology-based products and applications. He previously served for more than 16 years in a variety of senior leadership positions at Stanley Black & Decker, Inc., most recently as President of Stanley Security North America & Emerging Markets. Prior to that, Mr. Cannon was President of the company’s Industrial & Automotive Repair (IAR) business unit, first in North America and subsequently in Europe and Latin America, before then serving as President of Stanley Oil & Gas.

FLIR's technology in the U.S. Army

In addition to his global, cross-functional leadership experience at Stanley Black & Decker, Mr. Cannon served in the U.S. Army for 10 years as an infantryman and armor officer in a wide variety of assignments around the world, including Operations Desert Shield and Desert Storm in Iraq, where he learned to truly appreciate FLIR’s technology and was awarded a Combat Infantryman’s Badge.