Growth of Sales in Demanding Environment 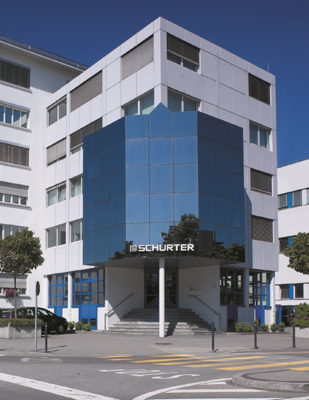 Growth of Sales in Demanding Environment

With the negative impact of the strong Swiss franc, the SCHURTER Group was still struggling in 2016. However, the countermeasures introduced at an early stage showed their effect: bottom reached but not yet fully crossed. However, the signs are positive. After a difficult year 2015, both SCHURTER divisions again showed a growth in sales. The "input systems" division was able to expand by a considerable 6.0 % to CHF 69.4. Million. The "Components" division posted growth of 2.3 % to CHF 128.8 million. Significantly contributing to this was the extraordinary development of the "Solutions" area, which increased by 52.0 %. "Solutions" links the competences of the individual subsidiaries that are available worldwide to tailor-made total solutions.

2016 was also a year of consolidation in organization for the SCHURTER Group. More recent subsidiaries have been better integrated and gaining experience; Reorganizations in Great Britain, Italy and the Netherlands as well as capacity expansions in the Czech Republic and Romania led to higher performance, lean structures and more efficient processes.

At the beginning of this year, the SCHURTER Group has further strengthened its position, including the Austrian Burisch Elektronikteile GmbH headquartered in Vienna and the Czech aci electronic, manufacturer of keyboards, touchpanels and HMI systems. As a result, the SCHURTER Group is increasing its production capacity, experiencing a growing know-how and a geographical expansion into Eastern Europe.