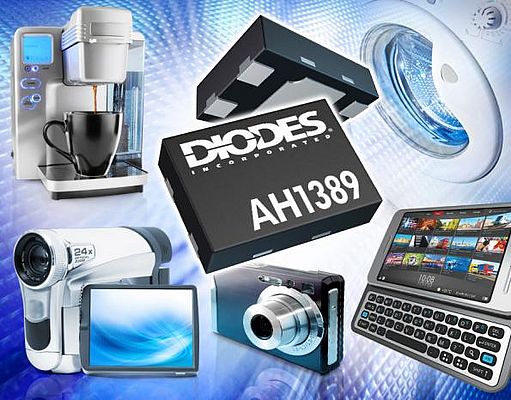 The AH1389 is a unipolar Hall switch that offers high sensitivity with a tightly defined magnetic operating window across its full operating voltage and temperature range. It provides dual outputs for detecting north or south poles independently. Output 1 will switch on in the presence of a north pole with a magnetic flux strength that is below -25G and release when the flux exceeds -20G. Similarly, output 2 will switch in the presence of a south pole with a magnetic flux magnitude greater than +25G and release when the flux magnitude falls below +20G.

Optimized for portable and battery-powered applications, the micropower AH1389 operates from a 1.6V to 3.6V supply while consuming an average current of only 4μA. The device is specified for operation over a -40°C to +85°C temperature range and provides a high ESD rating of 8kV for improved reliability and ease of handling during end-equipment manufacture.