Introducing a regime for early recognition 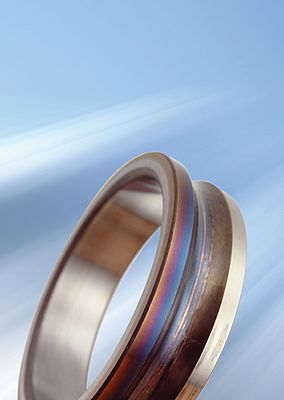 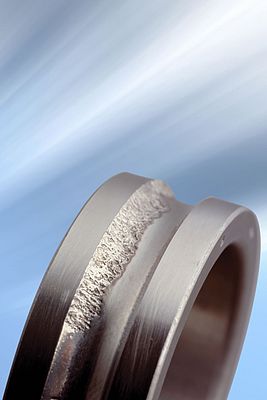 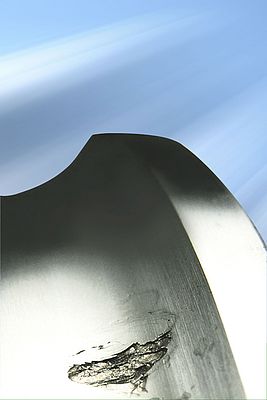 Identifying and analysing the root cause of a bearing failure is critical in order to prevent similar failures from occurring again. Brian Williams, Quality Director at The Barden Corporation, urges companies to introduce a regime that enables the symptoms of bearing damage to be recognised early, as well as putting a systematic procedure in place for securing damaged bearings.

Many bearings that fail are removed and replaced too quickly without sufficient levels of analysis into what caused their failure. This means that similar failures could occur again, resulting in further damage and costly unscheduled downtime.
Examination of the failure mode often reveals the true cause of bearing failure, but this procedure is complicated by the fact that one failure mode may initiate another. For example, corrosion in a ball raceway leaves rust (an abrasive), which can cause wear, resulting in loss of preload or an increase in radial clearance. The wear debris can, in a grease-lubricated bearing, impede lubrication, resulting in lubrication failure and subsequent overheating.

Companies can address these issues by developing a systematic procedure for securing and inspecting bearings once they become damaged. Engineers should not wait until the bearing failure becomes catastrophic, as this makes root cause analysis difficult. Instead, engineers need to perform regular monitoring and inspection of the bearings.

When precision ball bearings or rolling bearings fail, the results can be costly in terms of machine downtime and 'lost' production. Fortunately, catastrophic failures of bearings are rare. Usually there are distinct symptoms that indicate the type of damage incurred long before the bearings actually fail. It is therefore important for companies to have a regime in place that enables the symptoms of bearing damage to be recognised early in their development. Once this has been achieved there must also be a system in place that preserves the condition of the bearings when they are removed from the machine in their damaged state. This is critical in assisting the bearing manufacturer to analyse the causes of failure and to avoid similar issues in the future.

Operating Behaviour Indicates Damage
Experience shows that damage to, and subsequent failure of, bearings is seldom due to faults in the bearings themselves, but more often due to the treatment they have received or the use to which they have been put. Often, the first sign of damage is indicated by unusual operating behaviour of the bearings. This can take the form of uneven running, reduced working accuracy, unusual running noises or any combination of the three. It is critical for these early indicators to be logged, as information gained in this early period of degradation can be very useful in identifying the root cause of a problem. Often, as a bearing becomes more damaged, root cause analysis becomes increasingly difficult.

The key to detecting the early signs of a problem is effective bearing monitoring. This can take many forms, but for the vast majority of bearing applications the monitoring supplied by the machine operator is usually sufficient to detect unusual noises at an early stage. In situations where downtime is critical or hazardous, then more formalised monitoring is required. A number of methods are available including monitoring lubricant cleanliness, measuring bearing temperature and vibration analysis.

The type of condition monitoring employed is as much a factor of the experience of previous failures as the production environment in which the bearings are used. Bearing damage can generally be classified into two groups - localised or widespread. Localised damage is usually restricted to specific locations on the bearing. This can take the form of indentations caused by rolling elements, corrosion or fractures. It can be recognised most easily using a combination of vibration and lubricant monitoring. Vibration methods will also reliably detect fatigue damage at any early stage, but are not suitable for detecting lubrication problems.

Widespread damage is often the result of an insufficient supply of clean lubricant. Failures of this type can be detected by monitoring the lubricant supply. Oil flow can be monitored for pressure, flow and cleanliness. A magnetic plug gives a crude indication of lubricant condition, whilst a spectral analysis can be used to provide a more precise check.

Temperature can be monitored using thermocouples and gives a very reliable indicator of impending bearing problems. Normally a system should reach a steady state temperature and will show a sudden rise when there is a lack of lubricant. Typically, with grease, the temperature will rise unevenly over time if there is a general deterioration in the grease condition.

Securing Damaged Bearings
When a bearing has to be removed from a machine due to damage, the cause must be established to avoid future failures. Inspection of the bearings alone is not normally enough to pinpoint the exact cause of damage, but rather the inspection of the mating parts, lubrication and sealing, as well as the operating and environmental conditions.

A systematic procedure for removal should be followed for securing and inspecting the bearing. The recommended sequence of measures is shown below:

The above methodology is a comprehensive one for carrying out damage assessment. However, its usefulness will decline if the level of damage in a bearing is allowed to become excessive. The earlier a bearing can be dismounted, the more effective the assessment process will be.