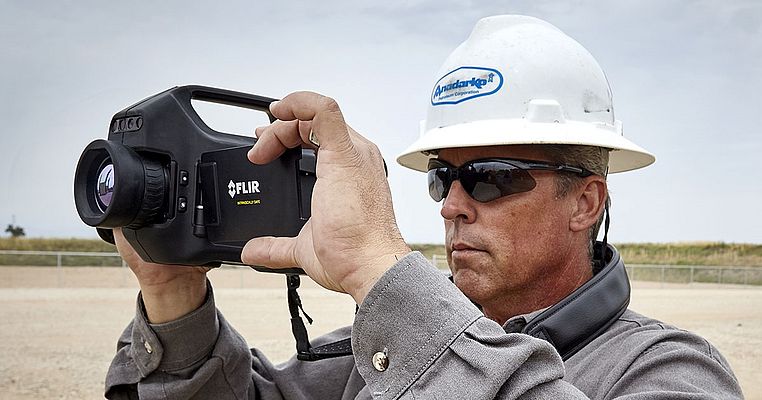 FLIR Systems received a Technology Innovation Award for its Optical Gas Imaging (OGI) cameras, the GF320 and GFx320 at the recent Oil and Gas Methane Leadership Awards surrounding the Global Methane Forum in Toronto, Canada. The award, given by the Center for Clean Air Policy, Clean Air Task Force, Environmental Defence Canada, Environmental Defense Fund, and the Pembina Institute, recognizes FLIR for its leadership and innovation in the creation of gas detecting cameras that are used in the Oil and Gas industry to identify and stop fugitive gas emissions.

The FLIR GF320 and GFx320 allow oil and gas field personnel to visualize and geotag fugitive methane emissions in a manner that is compliant with the US EPA’s OOOOa methane rule. Using these cameras, FLIR has enabled oil and gas industry clients around the world to survey oil and gas facilities up to nine times faster than with traditional methods. In doing so, FLIR's technology has helped these companies reduce their impact on the environment and made a positive impact on their bottom line.

At the same event the states of California and Colorado received awards for Leadership by a Subnational Government. Mexico was recognized as an Emerging Leader for its commitment to reducing methane emissions by 40-45% and the consequent work in developing a sector-wide regulation covering methane emissions across the supply chain.