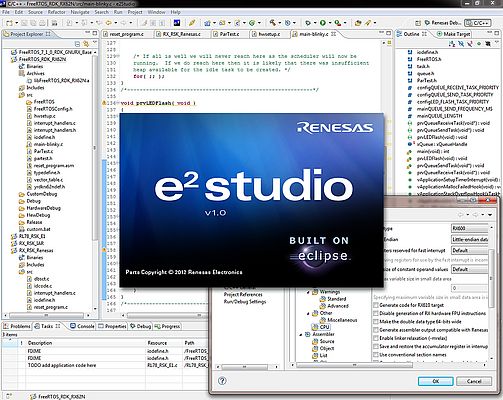 Renesas Electronics Europe announced the launch of an Eclipse-based platform, the Eclipse studio, known as e2studio, to provide a flexible development environment for its microcontrollers (MCU). With the release of the software, developers of Renesas' RL78, RX and V850 families of MCUs can now benefit from Eclipse based debugging capabilities as well as the established CDT functionality. Support for the SH-2/2A RISC MCUs is also in development and will be released shortly. The company has architected the software to be compatible with future releases of Eclipse CDT following the current Helios release, ensuring future-proof development. The platform is supplied with build phase plug-ins for Renesas, IAR, Green Hills Software and the free-of-charge KPIT Cummins GNU compilers. Debug support includes Renesas' E1 & E20 on-chip debuggers, Renesas' IECUBE full specification emulators and Segger J-Link debugger. Having implemented a GDB interface with DSF extensions, features such as real time memory and trace deliver the powerful debugging necessary for today's embedded code development.

Automation
Yaskawa, a leading company in this industry, has thus decided to use the PLCnext Technology, the open ecosystem for industrial automation from Phoenix Contact
Read more