Modularization, or modular design, is all around us, from the construction of buildings to the design of computer hardware. The ability to build a hospital or a PC by adding together pre-assembled blocks, brings enormous benefits of easy transferrable sections that use standardized interfaces, a quick turnaround, control of costs and flexible transportation.

It was only a matter of time before the agility and accessibility of this concept was adopted across industrial processing facilities such as the Shell Prelude floating gas-to-liquids ship.  The ship was constructed by modularizing the gas-to-liquids process units to about one-quarter of their normal size, in order to fit onto a single vessel. With modular plants, key mechanical components like machinery, piping and fittings can be constructed and tested in different locations before being shipped to site on skids, where they are assembled together.

The world around us is rapidly changing with a much more customer-centric approach necessary if industry is to remain competitive, especially in areas such as Pharmaceuticals.  So it is not hard to imagine the benefits to industry of applying the modular concept to the automation systems that drive these large processing facilities.

In 2013, a group of leading automation vendors decided to tackle this vision, under the guidance of the German-based chemical industry end-user organization, NAMUR. The group realised that by breaking down large, monolithic automation systems into smaller, pre-assembled and self-contained modules, then manufacturers, like those in chemicals or pharmaceuticals could introduce a flexibility to their production never before experienced. With medicines and drugs becoming more beposke, so production requirements have changed with the need to produce custom-made medicine sometimes of batch size one. Stopping a production line that is churning out thousands of aspirins to then make a tailor-made drug is however costly.

The NAMUR-team realised that if an entire production line could be quickly adapated by combining modules to produce specific process plants these could then be extended, infinitely, simply by adding more modules. This building block approach would mean that modules could be numbered up or numbered down – as opposed to scaling - to meet the production needs, thereby enabling process lines to be turned on and off, on demand. Several plants would be created within a plant, making each segment of the production process more manageable, more flexible and less expensive to run and so the idea of Modular Automation was born.

And so a new technology was born: modular-enabled automation. It uses open standards and lowers cost, risk and schedule by reducing the non-standard interfaces. The process-encapsulated, ready-made and reusable modules reduce complexity in engineering, commissioning and maintenance and lowers downtime, takes less capital expenditure for automation engineering and reduces life cycle management. For flexible production plants the benefits include:

The starting point is the intelligent module which contains services that are orchestrated by the plant operator in the distributed control system (DCS) to reach the optimal production process. Supervisory control helps each module anticipate the actions of other modules. Modules are precisely defined with clear functionality that is easy to exchange or extend, equipped with specific application software and manufactured in small quantities and fully tested before delivery. The modules feature localized automation and can in some cases run fully autonomous.

Next is the module layer which houses several intelligent modules, often described as a module type package (MTP) – see Figure 2. An MTP contains a vendor neutral, functional description of the process module automation. Information is stored that is necessary for integration into the automa¬tion system and comprises an archive, human-machine interface (HMI), process control, safety & security, alarm management and maintenance diagnosis.

Contained within the MTPs are proprietary controllers. Through a simple import of the MTP into the production plant’s DCS, these pre-automated MTPs can be easily added, arranged and adjusted according to production needs. Adhering to this standard should allow any module to plug into any automation system. Numbering up is easier, as entire pre-tested control sub-system programs can be connected with other controllers. This is much quicker than writing new code from scratch.

The MTP is generated using the module designer, which also defines the piping and instrumentation as well as module services. The final configuration can generate a target destination for ABB automation systems like Freelance as well as an MTP file for the integration into a process orchestration system. This module engineering needs only be done once and is reusable.

At orchestration level, the modules are monitored, controlled and managed and all the information on the current state of the plant is available on the HMI of the DCS. The DCS evolves into a process orchestration system that manages the operation of the pre-automated intelligent modules. The DCS imports the MTPs from its built-in library of process objects. 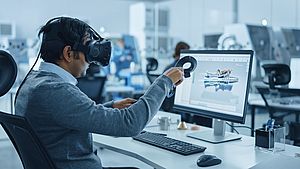 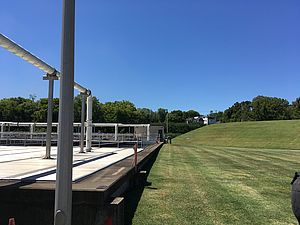 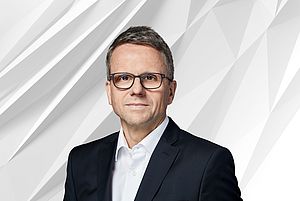 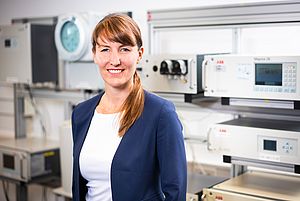 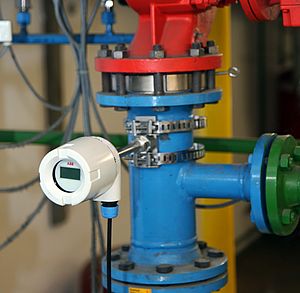 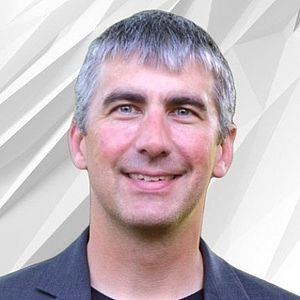 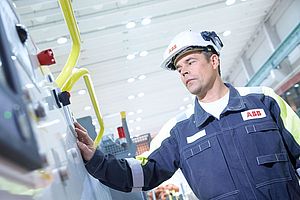 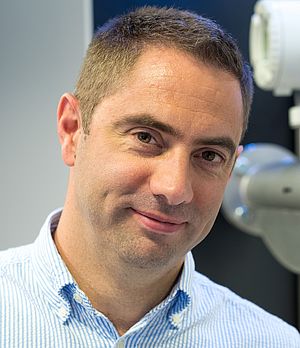 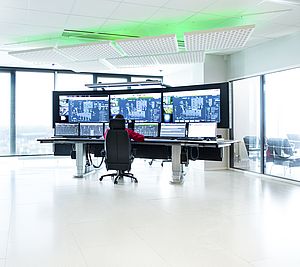 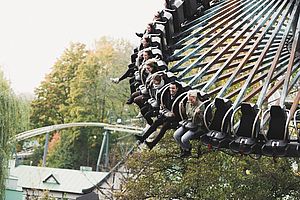