A high speed motion controller is being used to provide position and stability control for a 30 metre camera mast that provides sweeping high-angle aerial shots for film and TV.

The Vortex Aerial Mount Camera System, developed by professional camera man Matthew Gladstone of Cammotion with the help of automation specialist Machinery Control Systems(MCS), is completely portable and can be rigged and derigged in minutes - making it suitable for a wide range of spectacular shots for outside broadcast and film studio work. AMC206X motion controller is being used to provide position and stability control for the 30m camera mast that provides sweeping high-angle aerial shots for film and TV.

Building a camera mast that extends as high as a twelve storey building with the dynamic stability to support a full-sized 50 kg camera at speeds of 2m/sec in potential Force 7 winds is no mean feat! To make the challenge even harder, the brief included stowing and operating the mast from a single-axle trailer that needed to include self contained operation from batteries to enable its use at Lynx golf courses and other sporting events that prohibit noisy generators and to wing from vehicles that may damage the ground.

The most impressive part of the Vortex is the design of the mast itself and the MCS developed motion control system that uses many advanced features of the MC206X to both smoothly position the mast and provide the high stability control required during filming.

The seven section mast is constructed using light weight carbon fibre for maximum stiffness-to-weight ratio, with each section rigidly interconnected through linear bearings with a large surface contact area to minimise deflection. A central Kevlar cable runs through each section on an internal pulley system using a servomotor driven geared winch that first moves the mast from its horizontally stowed position to its vertical operational position -and then axially separates each mast section to lift the camera platform up or down during filming. Stabilisation control is taken care of with four Kevlar guy ropes that are fixed at thetop of the mast near the camera platform and are controlled from servomotor driven geared winches bolted to outriggers on the trailer.

MCS needed to carry out extensive development work to prove the tension control system. Initially, they tried torque control on each guy rope but that resulted in actually adding unwanted deflection to the mast under strong wind conditions where unequal forces on the mast resulted in excessive torque demand as the control system tried to correct the ‘error’ on the leeward side. The solution was to use the MC206X in the position control mode with the effective length of each guy rope precisely maintained relative to the height of the mast as it travels up or down, or remains in a static position.

To meet the requirements for self powering the trailer and from battery operation, all components needed to be as energy efficient as possible. Vortex has hydraulic motors fitted to each wheel that are independently controlled to drive and manoeuvre its 3400kg payload.The four outriggers used to level the trailer and house the guy rope winches are also hydraulically powered. The hydraulic power packs include variable speed drives for the pumps.

The choice of servomotors and drives also included the ability for dynamic braking so any energy generated in the guy rope winch motors is injected back into the batteries as the mast is extends. The Vortex will also run from a 240 V, 13 A supply for film studio work. The MC206X is also used for the Vortex’s hand-heldjoystick controller as well as assorted analogue and digital I/O functions which are interlocked in logic to ensure safe operation.

Tim Oxtoby, Managing Director of MCS, who designed the control system said “The decision to use battery power had a major influence onthe design and choice of components of the electrical and control system. We used a mix of variable speed and servo motors and used a220V, 3 phase supply to maintain the power required. We also wanted to control the hydraulics from the same source so the flexibility the MC206X offered as an independent motion control product made it a great choice to effectively manage all this different kit in a seamless way.” 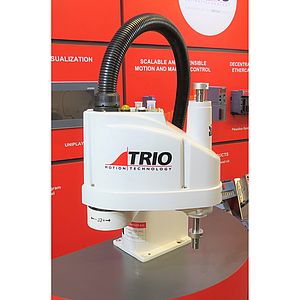 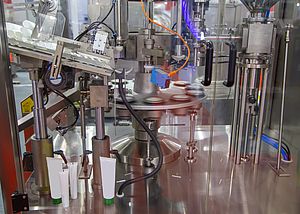 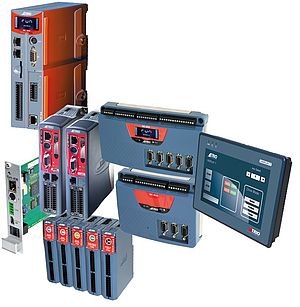 From different manufacturers on one network 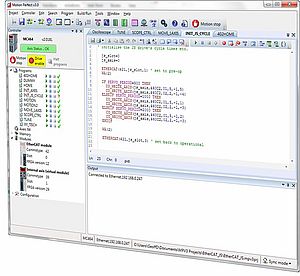 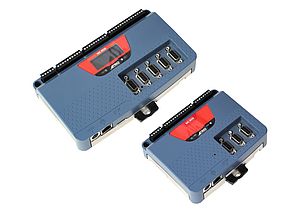 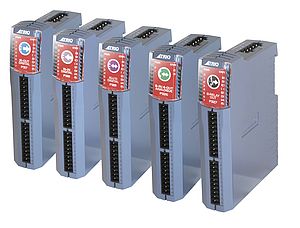 ideal for I/O and relay switching 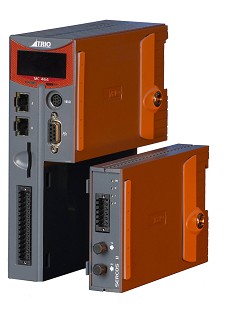 synchronizes up to 64 axes