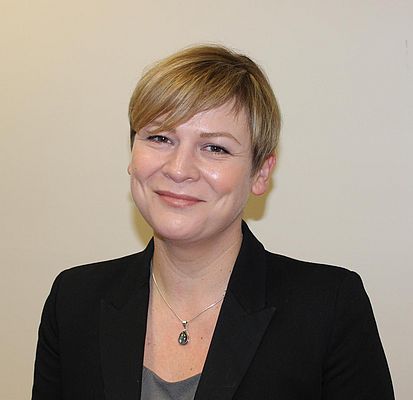 In this newly created role, Sally Sillis is responsible for all industrial services and MRO (Maintenance Repair and Operations) in the UK and Ireland. Supported by the Schaeffler Technology Centre (STC) and the regional sales engineers, Sally is responsible for the sustained growth of industrial services provided to plant operators (MRO) and plant manufacturers (OEM). These services include bearing failure analysis, online and offline condition monitoring, bearing mounting/dismounting, bearing reconditioning, customer training and consultancy. Expected growth will also come from increased sales of hardware, including condition monitoring systems, bearing fitting and maintenance tools, and lubrication equipment.

Based at Schaeffler UK in Sutton Coldfield, Sally Sillis will coordinate between the STC and the UK sales team, reporting to Leigh Hopkins, Industrial Sales Director at Schaeffler (UK) Limited.

Sally joined Schaeffler UK in 2005 as Product Support Engineer, where she was responsible for technical support for MRO and OEM customers in the rail industry. In August 2011, Sally was appointed Industrial Manager at Schaeffler South Africa Pty. Based in Johannesburg, Sally was responsible for all direct sales to customers in the region, gaining invaluable experience and expertise in the mining and quarrying, energy, steel processing and power generation sectors. In October 2016, Sally moved back to the UK where she worked in a technical role in the Schaeffler Technology Centre (STC) in Sutton Coldfield, until her appointment as Industrial Services & MRO Manager in January 2017.