Positive Outlook After a Successful Year

AMA, the German Association for Sensors and Messurement, published an evaluation of the year 2017 and asked the members for an outlook to the future developments. The AMA has around 480 members, 85 % from the industry, 15 % research institutions.

For a number of years now, the sensor sector has shown great investment readiness. In the era of digitization, sensors and sensor systems are considered to be the key industries for the highly industrialized German republic. The sector, characterized by medium-sized enterprises, has already invested heavily in research and development, but is nevertheless ready to invest even more if tax funding measures were to be implemented for research and development in Germany, according to the AMA poll.

The positive atmosphere in the industry also radiates to the annual leading trade fair for sensor, measuring, and testing technology, the SENSOR+TEST in Nuremberg. The 25th edition will be hosted by AMA Service GmbH, for the first time in June. From 26th to 28th the event brings experts, service providers, and specialists from the measuring and sensor industry together and is also a forum for young talents to get in touch with the trends of the industry. In 2017 569 exhibitors from 29 countries were taking part in the show, numbers that should be exceeded in 2018. More than 40 percent of the exhibitors are from outside Germany, a number that clearly shows the importance of the event.

One of the Sensor+Test highlights will be the Special Topic “Sensor and Measuring Technology in the Industrial Internet” More efficiency, productivity, security, and quality – that is what the new technologies of the industrial internet and Industry 4.0 promise. The key to these achievements lies in networking and analyzing the operating data of machines, systems, and processes. Sensor, measuring, and testing systems provide this data accurately, reliably, and securely and thus take on a key role in the industry of the future. The special topic offers the opportunity to participate in the innovation dialog on new solutions and concepts in sensor and measuring technology in the industrial internet. Another special topic will be dedicated to “Digital Transformation”. Thanks to the linking of intelligent objects, such as mobile phones, cars, or even entire factories into a network, it is now possible to acquire and exchange data in large quantities. This in turn makes it feasible to map the existing environment on computer-based systems, increasing efficiency, accuracy, predictability, and – last not least – the economic benefit. But apart from this big cross-sectional trends and topics you can also find special topics, for example at the theme stand “Vision Sensors and Systems”, where components and systems for image processing are presented. An action area on the fair ground will bring the experience of live dynamic measurements, for example in vehicle testing. Also two first-rate conferences will accompany the event: The ettc2018 European Test and Telemetry Conference as well as the 19. ITG/GMA- Conference for Sensors and Measuring Systems. Connectivity is the backbone of our modern communication society. Telemetry technologies for applications in the aerospace and automotive industry as well as in biomedicine are being pushed and challenged by developments, such as IoT, big data, wireless or UAV (drones).

The ettc2018 European Test and Telemetry Conference is the most important international platform for telemetry, telecontrol, test instrumentation, and data processing. After 2014 and 2016, it will take place for the third time parallel to and in cooperation with the SENSOR+TEST. Enterprises and institutes will present their products, technologies, or services dealing with these topics in hall 2. For the German speaking public the ITG/GMA conference will cover the topics of “Sensors and sensor systems for the Internet of Things” 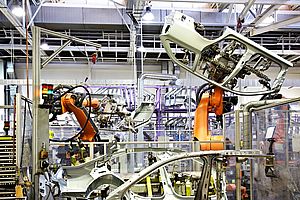