Positive Revenue Development in 2017 for Schaeffler

For 2018, the Schaeffler Group anticipates revenue growth of 5 – 6 percent at constant currency 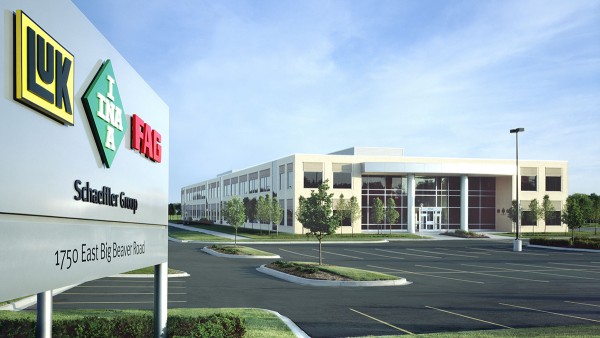 Positive Revenue Development in 2017 for Schaeffler

Global automotive and industrial supplier Schaeffler  announced preliminary key figures for 2017. The company confirmed the 5.9 percent increase in revenue at constant currency previously announced on January 15, 2018, which exceeded the company’s guidance for 2017 of 4 – 5 percent. Total revenue rose to 14.0 billion euros in 2017. Fourth quarter revenue increased to approximately 3.5 billion euros. This represents constant currency revenue growth of 8.5 percent for the fourth quarter of 2017.

Both company’s divisions contributed to this positive revenue development in 2017. While the Automotive division reported revenue growth of 5.9 percent at constant currency, the Industrial division’s constant currency growth rate amounted to 5.7 percent. In the fourth quarter, the Industrial division grew by 9.1 percent at constant currency, exceeding the Automotive division’s growth. Automotive OEM business order intake showed a promising trend: It reached 11.5 billion euros for the full year, representing a “book-to-bill ratio”, the ratio of order intake to revenue, of 1.3x. The Industrial division continued to show growing order book as well. On this basis, the Schaeffler Group generated EBIT before special items of 1,584 million euros in 2017 (prior year: 1,700 million euros). The resulting EBIT margin before special items of 11.3 percent (prior year: 12.7 percent) was in line with the company’s guidance of 11 – 12 percent for the full year 2017. The Automotive division reported an EBIT margin before special items of 12.2 percent in 2017 (prior year: 14.3 percent). The decrease in EBIT margin was primarily due to the temporarily weak performance in the second quarter of 2017. The Industrial division saw its EBIT margin before special items rise to 8.1 percent (prior year: 7.3 percent).

For 2018, the Schaeffler Group anticipates revenue growth of 5 – 6 percent at constant currency and expects to generate an EBIT margin of between 10.5 and 11.5 percent before special items. In addition, the company expects approximately 450 million euros in free cash flow before M&A activities in 2018.