The growing interest around smart grids is also involving the European Commission. Funding has been released for research and development projects 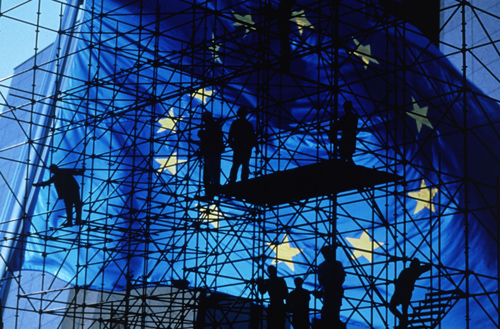 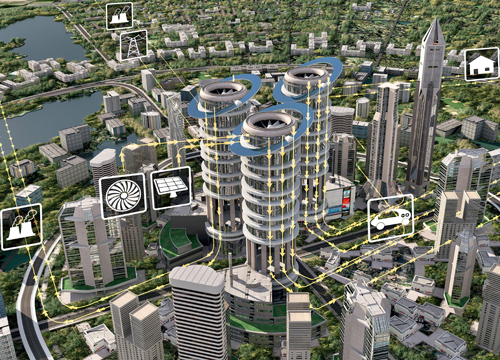 Following the launch of EU initiatives such as Projects of Common Interest, the Juncker Plan, the Energy Union and the Capital Markets Union, investors are focused on future infrastructure projects, and we now seem to be at a point when that could include significant progress on smart grids.

In particular, the European Commission is releasing funding into the market; there is increased multinational collaboration; consumers are demanding better value; regulation is moving in the correct direction; and globally, there is a move towards an understanding of the key issue of cybersecurity.

In November 2016 the Commission published its proposal 'Clean energy for all Europeans'. Commonly referred to as the Winter or Fourth Package, it puts in focus regulatory foundations for proliferation of smart grid technologies from super-co-ordinated transnational initiatives to retail and consumer levels.

But what is a smart grid? The term has increasingly become a marketing 'term of art'. However, the European Regulators Group for Electricity and Gas stated that a fully-functioning smart grid will exploit communication networks to "cost-efficiently integrate the actions of all users connected to it - generators, consumers and those that do both - in order to ensure an economically efficient, sustainable power system with low losses and high levels of quality and security of supply and safety."

The main driver for change is the advancement of the EU's carbon reduction, renewables deployment and energy efficiency targets. The Commission recently proposed a regulatory framework - within the 'Clean energy for all Europeans' package - aimed at defining a structure for such advancement in the entire EU in the years to come. Combining the complex goals and policy drivers seems possible only if aided by diverse smart grid technologies and projects.

Traditional electricity networks were built on the assumption that power would be generated in large and often fairly centrally-located coal, gas or nuclear power stations and flow 'downhill' from them towards end-users, down a series of progressively narrower 'channels'.

But in a world where a much higher proportion of generating plants are small-scale and (in the case of renewables) their output is harder to control, power is increasingly flowing 'uphill' through these networks, from the periphery to the centre.

To make this process sustainable and avoid excessive development of new network infrastructure, we need information and communications technology (ICT) to provide real-time information about power flows and demand at a local level, and get around the bottlenecks in the physical infrastructure that prevent efficient transmission and distribution. We also need tools to better manage the variety of local activities of power consumers and producers the Commission envisages as part of the future energy market model.

The availability of funding plays a huge role in any major infrastructure project. However, it is encouraging to see that funding is already becoming available from a number of different streams specifically for smart grids. This includes both private and public funding for smart grid research and development, and for demonstration and development projects.

Overall, private and public sources of funding each account for about half of the total budget, although about 90 per cent of projects receive some form of public financial support, with projects in Eastern Europe being particularly reliant on the Commission for their public funding. Although more than half of the total budget is accounted for by projects in France, Germany, Spain and the UK, on average 70 per cent of the projects in any given country are multinational collaborations of some sort.

The priority given to smart grids can be seen from their inclusion in the list of Projects of Common Interest (PCIs) under the Infrastructure Regulation (347/2013). Such projects are given a considerable helping hand through the planning and permit granting process, special treatment in terms of regulatory funding, and the opportunity to apply for financial support from the €5.85 billion ($6.4 billion) Connecting Europe Facility (CEF).

Although only three projects have so far been included under the "priority thematic area" of "Smart Grids Deployment" in the list of PCIs, it is noticeable that one of them has received the second highest amount of financial assistance of any of the electricity projects among the 60 projects that have so far been allocated CEF funds. At a national level, examples of public support or incentives for smart grids include the UK, with innovation funding awarded to smart grids by the regulator Ofgem, and Poland.

The Commission has also opened a public consultation on four more smart grid projects, involving eight countries, that could be included in the PCI list and receive funding. This consultation process is due to close on 26 June.

As the decarbonization and decentralization of the electricity system progresses, it is becoming more complex to plan, control and balance. Energy regulators need to find the most efficient and effective way to deploy technology to make the grid smart and consider the right costs when approving grid connections, so as to ensure all users connected to smart grids are in a more efficient situation.

Collaborating on a policy and regulatory environment that supports smart grid investment is perhaps the single most important task for all stakeholders. As with most policy issues, the key is to find the right balance in sharing costs, benefits and risks. The responsibility for achieving this balance lies with regulators and, in some cases, legislators, but it must include input from all stakeholders.

Currently, it seems that one of the priorities of the Commission is to facilitate availability of smart metering in order to enable greater participation of businesses and households in electricity markets via demand response solutions, organizing self-consumption and taking advantage of emerging storage solutions. On a larger scale, smart grids would be required if extensive cross-border cooperation between the states, including relying on over-the-border reserve generation sources, is to gain a substantial shape.

Regulation will need to adapt to support all users connected to a smart grid.

Sensor Technology, Test & Measurement
After a year-long build, the level and pressure specialist have opened their own purpose-built training and seminar center, as well as their UK head office at ‘Metior House’, Maresfield, Sussex.
Read more

CIIE, the Ideal Gateway to the Chinese Market

Industrial Equipment & Supplies
The China International Import Expo (CIIE), the world's largest import-themed expo, will be held for the fourth time in Shanghai from Nov 5 to 10, 2021.
Read more

"10% of all Electricity from Industry is Used to Produce Compressed Air Accounting for 80 TWh/year. ELGi has been able to Introduce Efficiency Improvement Gains Equating to a Considerable Reduction in Total Energy Consumed Across the Region"

Electronics & Electricity
With the beginning of 2021, the company operated changes in key positions in Germany, Austria and Italy
Read more