''There are Other Ways to Make AI Human-Friendly and Ethical’’

At Global Industrie Lyon we met Bruno Maisonnier, Founder and CEO of the French startup AnotherBrain, a pioneer of the Organic AI™ concept, which is based on the replication of the human brain to create functional industrial applications

IEN Europe: What is still missing in the industrial approach towards AI? What can be improved and what MUST be improved?

B. Maisonnier: AI applied to industry is only getting started. The major break to adoption is that the currently dominating AI technique is Deep Learning (DL). As it happens, DL is simply not particularly suited for industrial applications for at least 3 reasons:
1.    DL needs large samples of data – This is a real problem for industry which has used Total Quality Management (TQM) to reduce its error levels considerably (think of 1 wrong part in 100,000 manufactured) and therefore finds it difficult to provide the statistically relevant samples which DL is after
2.    DL is not explainable – By training, industry engineers like to understand whatever they implement. On the contrary DL models are inherently black box, so engineers don't like it. More importantly, methods or regulators prohibit the implementation of technologies which cannot be audited, so DL’s lack of explainability is a real problem for industry
3.    Finally, in practice DL is difficult to deploy in industry. AI is currently hard to implement in real-life, factory environments

Of course, given the terrific momentum behind DL, lots of efforts are going into making it work for industry. The feeling however is that we will need to see the emergence of new approaches of AI, which requires less data, can be explained and is easy to deploy in factory environments for mainstream adoption of AI by industry.

IEN Europe: AnotherBrain takes the human brain as an inspiration to create a very simple, not expensive but at the same time very powerful AI technology. What’s behind and beyond this approach [in other words, can you please tell me your pillars and vision for the future]?

B. Maisonnier: AnotherBrain takes a radically different approach to AI. Rather than using a statistical approach which requires large data samples and iterative retraining, we use the model of the human brain, i.e. an intelligence which is learning truly on the fly. A key word here is “emerging”: Nature is good at creating very powerful emerging results from simple rules carried by huge number of elementary “entities”.

AnotherBrain’s unique approach is based on the replication of the workings of the human brain, and this is the main reason of our success. Where most have started by replicating a neurone to get to the brain (which is mission impossible in the short term), we concern ourselves with imitating (in software and eventually silicon) the key functions of the brain. This is a much simpler (relatively speaking) endeavour.

IEN Europe: How much the contribution of innovative startups is impacting or will impact on AI?

B. Maisonnier: In our view, there are not many very innovative AI companies. They are a lot of companies helping their customers to innovate thanks to “mainstream deep learning AI”, which is different. Given that they make money from selling data, they want to see the world that way. They know very well all AI 3.0 approaches, but they have no interest in finding new ways.
As a result, only a few startups dare to think outside the box. And of course, it means that the direct competitors to alternative AI are giants like Google, etc. The challenge is not only on technology, but more importantly is having the means and power to build an eco-system which can eventually rival Google’s, Alibaba’s and the other world’s largest technology companies.

IEN Europe: Do you think that algorithms, used for Machine Learning and AI, may replicate human bias and racism?

B. Maisonnier: There is an old IT principle which says be wary of GIGO: garbage in, garbage out. Given DL works on the basis that it programs itself (in a completely opaque way) using the examples you have fed it, it is of course open to sample bias. There are more and more examples of DL systems just not working, e.g. Amazon’s AI-powered CV sorting system. Recent studies showed that autonomous vehicles would more often run over black than white people.
What we need first is an AI that you can audit. Second, we need an AI which learns from new situations, all the time, in real-time, not just because it has received a given (and therefore biased) data set. This is the promise of AI 3.0.

IEN Europe: Giant technology companies say that data is essential and make huge profits from it. Do you think that industrial companies really need Big Data?

B. Maisonnier: To be honest, the conflict of interest among technology giants is not only conditioning the industry but also the entire humanity. Are we really going to allow a few companies to monopolize our personal data? More importantly, are we going to accept a system which demands that everybody is always connected, which is prone to privacy, security and state abuse? Internet giants are trying to convince us, all of us, that there is no other way: big data or no progress. Well, the result is going to be, and already is to some extent, Big Brother. The debate is growing, with Surveillance Capitalism on one hand, and the social obedience index that China is building for all its citizens.

AnotherBrain argues there are other ways, which don’t require big data. New, decentralized ways which don’t generate monopolies and have low requirements in terms of memory and computing power, and are inexpensive to install and economical to run. All this makes those AI 3.0 human-friendly. This is AnotherBrain’s project: Organic AI™, with ethics as its core, by design. 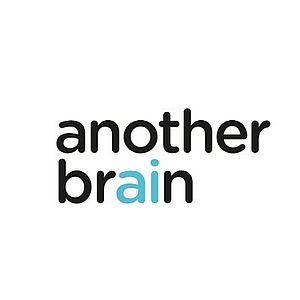 Singular approach: an AI that is self-learning and frugal in data and energy