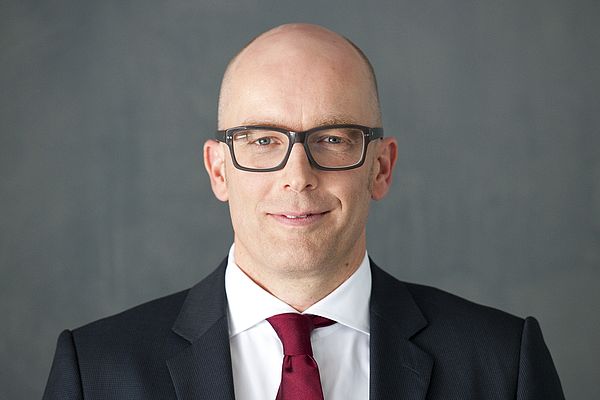 IEN Europe: What will be the industry main trends at this year's Hannover Messe?

Mr. Siemering: The digitalization of production and energy systems is the focal point of HANNOVER MESSE 2016. Industrie 4.0 is no longer a vision, it is a reality. Products and technologies for digitalizing production exist. HANNOVER MESSE 2016 will feature more than 100 concrete examples of Industrie 4.0. Today it is more a matter of companies using the technologies and solutions. Under the lead theme "Integrated Industry - Discover Solutions!" HANNOVER MESSE spotlights five key industry trends: Industrie 4.0, integrated energy, additive manufacturing, smart materials and components, and predictive maintenance.

IEN Europe: Taking stock of the results of the last edition, which have been the major successes and which the critical points of the 2015 edition?

Mr. Siemering: In 2015 exhibitors presented for the first time at the fair functional Industrie 4.0 solutions. Most large industrial companies are actively involved in Industrie 4.0. The challenge now is to convince small and medium-sized manufacturers that digitalizing their production facilities is the only way they can remain competitive.

IEN Europe: This year, President of the United States Barack Obama will officially open the 2016 edition. Why do you think the Hannover Messe has such a great appeal on the US and international markets?

Mr. Siemering: President Obama's participation underscores HANNOVER MESSE's international appeal. The USA is Partner Country at HANNOVER MESSE 2016, and the timing could not be better: the United States is in the midst of an industrial resurgence and is one of the most desired trading partners in the world. The United States is once again the number one customer for German machinery and plant manufacturers. This cooperation will get a further boost at HANNOVER MESSE.

IEN Europe: In 2016 you are launching for the second time the Engineer Powerwoman award that acknowledges special achievements in a woman's career. Are women a real added value in today's industrial world? Why?

Mr. Siemering: Many manufacturing nations are struggling with a shortage of qualified workers in technical fields such as engineering and computer programming. Women clearly have an important role to play in these fields, not only with new ideas and insights, but also with new ways of approaching problems. The Engineer Powerwoman Award recognizes women who successfully pursue careers in the STEM (science, technology, engineering, and mathematics) fields. The award is part of WoMenPower, Germany's biggest congress for professional women. WoMenPower focuses on issues such as careers, leadership training and stress prevention and every year hosts roughly 1,400 participants.

IEN Europe: The Industry 4.0 concept is one of the greatest drives for innovation nowadays. Do you see a concrete and successful future for developments based on the integrated industry?

Mr. Siemering: Integrated Industry is the future of manufacturing. Producers of goods who do not integrate Industrie 4.0 technologies into their plants and operations will find it very difficult to compete. This is why we see many countries - China, India, Japan, Great Britain, France, and Sweden, to name a few - with initiatives similar to Germany's Industrie 4.0.

EN Europe: How does Deutsche Messe imagine to adapt its format to the changes in progress towards The Internet of Things?

Mr. Siemering: Deutsche Messe's capital goods trade fairs are platforms for industry. The products and services that companies present at one of our events reflect the current state of that respective industry. The Internet of Things plays a big role in practically all of the industries that our fairs represent, be it industrial technology at HANNOVER MESSE, digital business at CeBIT, woodworking technology at LIGNA, or agricultural technology at a guest event such as AGRITECHNICA.

Industry 4.0
As it happened for many other event organizers, also Deutsche Messe was confronted with the difficult decision to postpone Hannover Messe to July due to the Coronavirus outbreak. But every cloud has a silver lining
Read more