Uses a global shutter at this very high resolution

In order to classify even the smallest object structures in the highest quality, the demands on industrial cameras in terms of resolution and image quality have been growing steadily for years. However, the high-resolution sensors available on the market all have only a rolling shutter, which is easier to manufacture. The new shr661 CMOS camera from SVS-Vistek can therefore confidently be called a milestone in machine vision, because it offers a huge resolution of 127 megapixels and still works with a global shutter. It thus expands the range of applications, especially in the field of moving objects.

In the case of sensors with rolling shutters, the sensor lines are exposed and read out one after the other, which in applications with moving objects can lead to a time-delayed exposure of the sensor lines and thus to distortions and pattern artifacts caused by illumination. Global shutter sensors, on the other hand, expose all pixels simultaneously, to put it simply, and then read them out. As technical as this sounds, the advantage in application is described easily: Moving objects are sharply imaged by the global shutter. For example, moving objects on an assembly line can be inspected down to the smallest detail even at this high resolution.

The "fat boy" in Machine Vision

SVS-Vistek's shr661 is based on the Sony IMX661 pregius sensor with a pixel size of 3.45 µm edge length. Thanks to its high resolution of 13392 x 9528 pixels and its global shutter, the shr661 can reproduce even the finest structures of moving objects and represents the current high-end of industrial cameras in terms of image quality.

The design of the new shr661 facilitates integration into industrial applications. Although equipped with a large sensor, the camera has a small housing. A wide temperature range during operation is made possible by SVS-Vistek's SHR cooling system and excellent thermal management. It ensures an even temperature distribution and excellent homogeneity of the image. Due to the pixel size, the selection of suitable lenses is made easy.

The high data rate of the huge sensor of up to 2.2 GB/s requires modern, fast interfaces. By using the powerful CoaXPress 12 interface, the shr661 transfers up to 17 fps and with 10GigE interface, 6.3 fps are achievable. In addition, shr661 users benefit from several high-end features such as customizable flat field and defect pixel corrections.

For easy integration an I/O framework with multiple inputs and four power-out outputs is provided, supporting precise triggering as well as sequencers and logical operators. The outputs with the built-in strobe controller can directly drive LED lighting. The GenICam interface with GenTL interface allows easy integration into all major machine vision software packages within minutes. The camera is currently available from SVS-Vistek as a demonstrator. 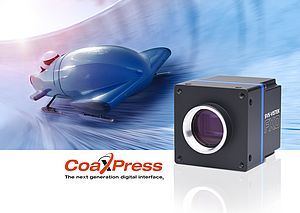 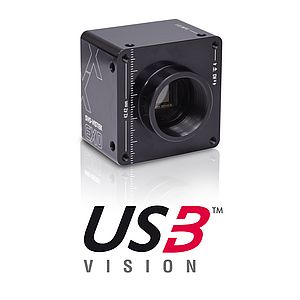 Fits the use in the microscopy, automation and food sectors 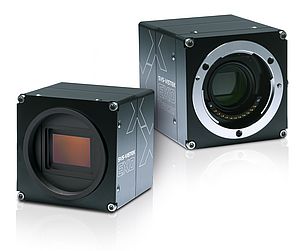