Omron launched TM, a series of cobot able to move loads weighing anything between 4 and 14 kilograms

TM Series is a family of cobots, developed by Omron, which can be integrated into the production sequence to take care of tasks such as assembly, placement and inspecting. Omron has equipped TM robots with a range of image processing functions together with simple, intuitive programming designed to make collaboration with robots safer, more flexible and more interactive than before.

Able to move loads weighing anything between 4 and 14 kilograms

Omron will be supplying twelve new TM Series robots with arm lengths ranging from 700 to 1300 millimetres for moving loads weighing anything between 4 and 14 kilograms. Omron has designed a mobile-compatible model that can be seamlessly combined with the leading mobile robots in the LD series: this enables manufacturers to automate complex processes such as placement on transport containers and link together their production processes with the aid of mobile robots. 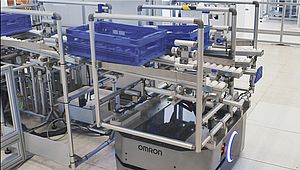 The company will demonstrate the future shape of “i-Automation” - OMRON’s manufacturing innovation concept - as the direction of manufacturing evolution for the next decade. 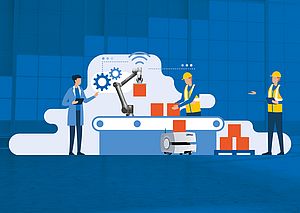 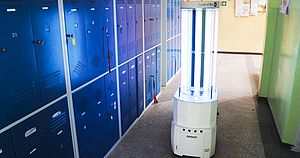 Functions with safety lasers and sonar 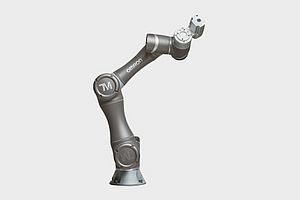 Omron launched TM, a series of cobot able to move loads weighing anything between 4 and 14 kilograms