The OnLogic Karbon Series of innovative rugged industrial computers has been recently introduced to the German market. Shock and vibration resistant, the Karbon series has a wide operating temperature range, high configurability, and custom I/O options. The series comprises the small form factor Karbon 300 and the GPU capable Karbon 700.

Michael Kleiner, VP of Engineering at OnLogic and the leading engineer for the development of these new systems stated: “The Karbon series was created by pushing the limits of what a rugged computer could be. Our systems were designed to solve even the most complex challenges of users by creating a modular platform that ensured flexibility and versatility without sacrificing reliability or making the cost of the systems too high.”

European factories, machine builders, rail and public transport, autonomous vehicles and artificial intelligence applications increasingly require powerful computing solutions to power their latest innovations. Bringing compact performance, the Karbon 300 is built to withstand 50G of impact force and 500Hz of vibration. It can operate in temperature ranges between -25°C to +70°C and features modular customization options to help users push their rugged industrial IoT projects even further. Space-saving, its height is of 5.6cm.

The Karbon 700 features expanded capabilities for situations where more power is needed in a rugged industrial form factor. It has the same core capabilities of the Karbon 300 with more features and stronger processing (up to Intel i7 and Intel Xeon CPUs). The Karbon 700-SE has room for I/O Expansion and offers a PCIe slot to add mini ITX GPUs. When even more power is needed, the Karbon 700-X2 can be configured with full height GPUs. Additional options include AI accelerators and PoE. 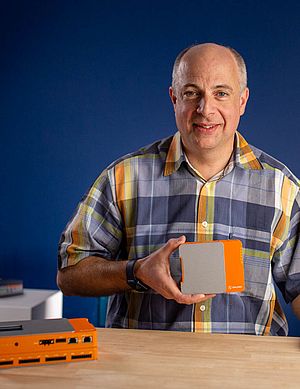 How a Raspberry Pi Becomes an Industrial PC

Kay Petermann from IEN D-A-CH met Dr. Michael Kleiner, VP Engineering at the industrial PC specialist OnLogic, and talked about a new development based on the Raspberry Pi. 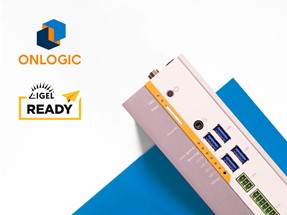 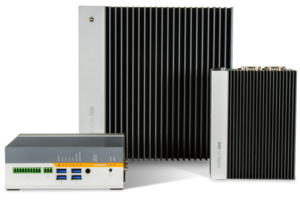