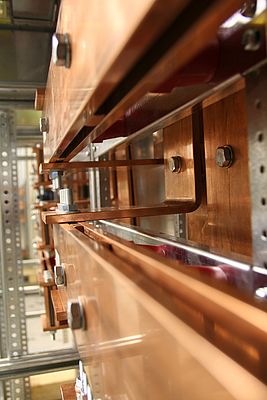 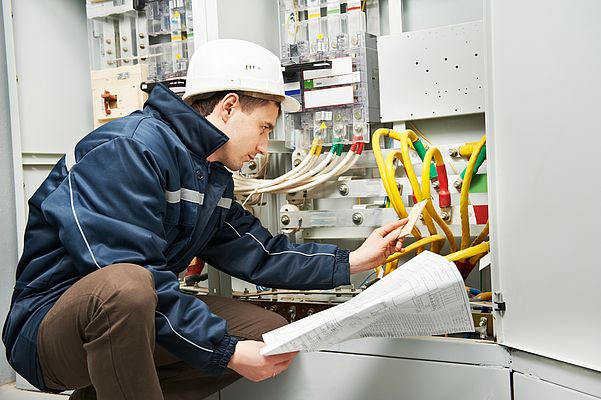 Given the increasing use of copper in renewable energy systems, “High Conductivity Copper for Electrical Engineering” from the Copper Development Association is a timely publication in today’s era of energy efficiency. Describing the electrical and mechanical properties of high conductivity copper and copper alloys that are intended for use in electrical applications, it is a “go to” reference book for electrical engineers. We take a peek inside it and pull out some key facts about high conductivity copper.

The starting point of any discussion on copper is its conductivity. This is no surprise, because copper has the highest conductivity of any non-precious metal; conductivity being defined as a material’s current-carrying capacity for a given diameter. Owing to this superior conductivity, copper became the international standard to which all other electrical conductors are compared.

It all started in 1913, when the International Electrotechnical Commission defined the conductivity of commercially pure copper in its International Annealed Copper Standard, as 100% IACS. It then became normal practice to express the conductivity of other materials in terms of IACS. For example, pure aluminium has a value of 61% IACS, or 61% of the conductivity of copper. This means that the cross-sectional area of an aluminium conductor must be 56% larger than copper for the same current-carrying capability. This is the key reason why copper has become the first choice as a conductor for electrical applications.

The value of an additional percentage point in IACS conductivity is invaluable for today’s electricity system, since conductors remain typically in use for decades, and higher IACS values mean lower energy losses.

High conductivity copper is an excellent material for electrical engineering applications for other reasons, such as a unique combination of strength and ductility. Usually, the stronger a metal, the less pliable it is. Not so with copper. Copper wires can be bent, twisted, tightened and pulled – without stretching or breaking them. So when a copper wire is pulled through a conduit, it resists stretching, neck-down, or breakage. It can be stripped and terminated during installation or service with far less danger of nicks or breaks. Moreover, copper’s natural hardness and superior strength lead to high fatigue resistance.

Copper resists creep until it reaches a temperature of 150°C, which is well above the usual operating temperature. Corrosion is not an issue for copper. It is resistant to most organic chemicals and can operate indefinitely in most industrial environments. Copper is also one of the easiest metals to solder, and thus is ideal for many applications where good joint integrity is essential.

High conductivity copper is the best choice for bulk electrical conductors, such as cables, motor windings and busbars. In addition, there are many electrical accessories, such as terminations, connectors, contactors and circuit breakers, where other material properties are equally or more important. For these applications, a very wide range of copper alloys is available with, for example, enhanced strength, resistance to stress relaxation or creep, while retaining excellent conductivity.

The most common high conductivity copper for conducting electricity via wire, cables and busbars is Cu-ETP (Electrolytic-Tough-Pitch). It has a minimum conductivity rating of 100% IACS, although most Cu- ETP sold today meets or exceeds the 101% IACS specification. It has an oxygen content of 0.02% to 0.04%.

Small amounts of alloying elements are often added to copper to improve certain characteristics. The presence of an alloy can increase the strength of electrical wiring, through a variety of mechanisms. However, as alloying can also increase or reduce the hardness, electrical and thermal conductivity, corrosion resistance, or change the color of a metal, the addition of a substance to improve one property may have unintended effects on other properties. Here are some examples of common copper alloys:

Produced by the Copper Development Association, and primarily but not solely aimed at electrical engineers, “High Conductivity Copper for Electrical Engineering” gives an overview of high conductivity coppers, their properties and applications.

“We developed this publication after identifying a strong need for it with copper users to understand metallurgical properties and processing requirements of copper-based conductivity materials,” says Angela Vessey, Director, Copper Development Association. “It covers a wealth of information in a well-structured and easily readable format, and we hope it will evolve into a ‘go to’ reference book on this topic for electrical engineers.”

“High Conductivity Copper for Electrical Engineering” can be downloaded in full from the Copper Development Association UK’s resource library: www.copperalliance.org.uk/hcc

Endress+Hauser dedicated a separate department to the protection of intellectual property. The success of this initiative is confirmed by promising figures: 318 initial applications in 2019 and a portfolio of more than 8,000 patents
Read more

Covid-19 – Using Digitalisation to Adapt and Survive in Manufacturing