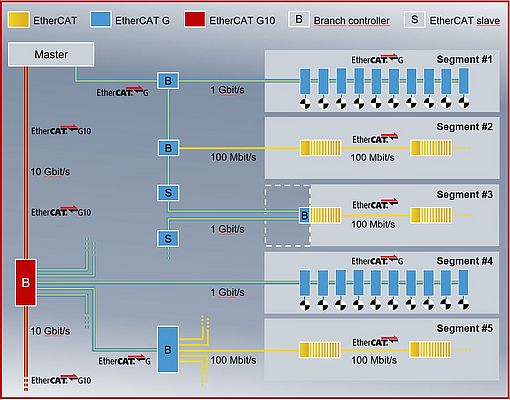 The technical Committee of the EtherCAT Technology Group has adopted EtherCAT G, initially introduced by Beckhoff Automation, as an addition to the EtherCAT standard. Dr Guido Beckmann, Chairman of the ETG Technical Committee, stated: “With EtherCAT G, particularly data-hungry applications, such as machine visions and high-end measurement technology, can now also be integrated. This extends the range of applications for EtherCAT technology and makes it even more viable for the future.”