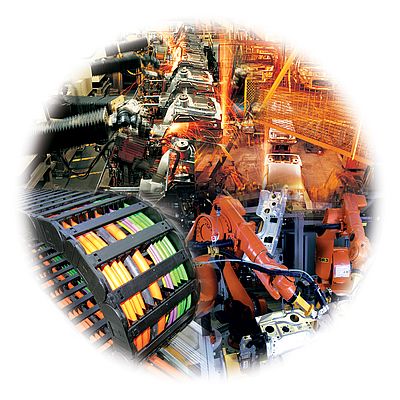 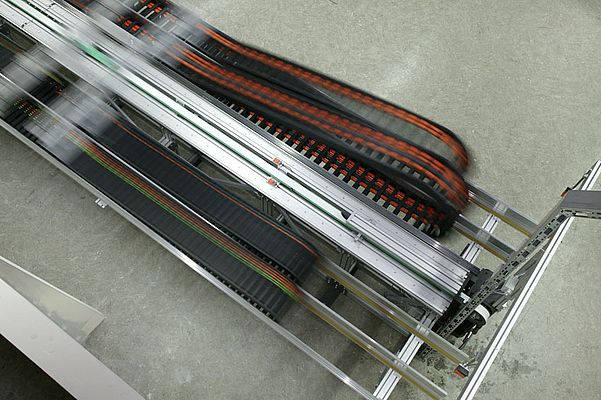 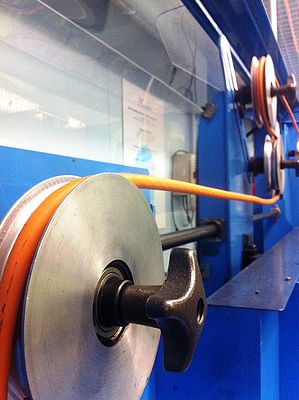 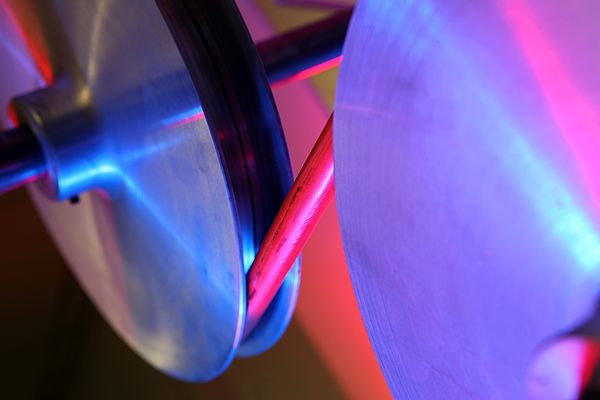 The old saying that "a chain is only as strong as its weakest link" takes on a new meaning when talking about production chains. With the global industrial automation market likely to reach $200 billion by 2015, the industry is continuing to focus on infrastructure renewal, energy-efficiency, modularity, flexible manufacturing, easier maintenance, and the integration of plant and back office. More than ever before, reliable automation depends on high-performance cables to improve process, operations, and communications.

Under its MOTIONLINE trademark, Nexans not only produces numerous cables for improving the performance of machine tools, automation equipment and assembly lines, it also manufactures special cables for service applications. This is important as automation moves off the factory floor, and into buildings, hospitals, laboratories, warehouses, ports, airports and even undersea. The next step is advanced home automation, health monitoring, disability assistance, and a new generation of domestic appliances.

Flexible solutions for 3D Robots
Recent industrial robots use a 2D image to develop a 3D image which allows them to move through six axes. Typical applications include welding, painting, ironing, assembly, palletizing, product inspection and testing. Advanced "vision-guided" robots are now being installed on assembly lines to reduce equipment costs, downtime and workplace injuries. Since robots now work as "third hands" in close proximity with operators, all movements have to be measured, controlled and (if necessary) automatically stopped.

Nexans recently provided 180 kilometres of power, control and bus cables to KUKA Roboter GmbH, for use in sophisticated 3D industrial robots. These cables deliver high-performance and reliability, even while being subject to multi-axis twisting/flexing and high accelerations.

A key element in winning the contract was Nexans' dedicated Motion Application Centre (MAC) which is part of the Nexans Research Centre in Nuremberg. This unique facility enables cables to be exposed to dynamic operating loads that simulate realistic, in-service conditions, providing clear proof to KUKA that this robotic cable will perform as specified during its entire life cycle.

Hybrid cables for easier connections
Despite speculation about wireless solutions for automation, the fact is that power must often be coupled with various applications, including signal, bus, sensor, control and plastic optical fibre. However, it is extremely important to protect data cables from Electro-Magnetic Interference (EMI). At the same time, machines and robots, which were once massive, are tending to shrink. Saving space is of prime importance.

By pairing two (or even more applications) in a single hybrid cable, Nexans provides manufacturers with more flexibility in an environment where fast changes in assembly line layout are important. Also, less effort is required during installation and interconnection than in multi-cable wiring. Nexans' hybrid cables make possible a simpler system in minimum space, and are ideal for small units and systems which contain modules which must be regularly modified.

In addition, a versatile all-in-one hybrid connector co-developed with INTERCONTEC offers new possibilities. When "daisy-chaining" decentralized, controlled servo motors, the connector combines power and signal contacts in a unit which is as easy to connect as a single conductor. It symbiotically coordinates cable and connector without any intersecting wires, which could cause a machine to malfunction.

New generation of bus cables
Two communication platforms used for today's automation are standard TCP/IP Ethernet and various industrial protocol standards on Ethernet. The first often bridges the information gap between factory floor and business systems, while the second group (which includes Profibus) are used for sensor/actuator networks. To enhance communications at the controller level a number of new protocols are gaining prominence, like EtherNet/IP, PROFINET and EtherCAT.

Instead of one big controller, there is a growing trend to have decentralized control, with cabinets closer to the machine. To deliver higher intelligence throughout the system, cables are evolving from older encoder, control and ASI-bus cables to Profibus and PROFINET cables for Industrial Ethernet LANs which also deliver Power over Ethernet (POE).

Co-developed with Siemens, Nexans provides a dozen designs of MOTIONLINE Profibus cables for complex control. Delivering up to 12 Mbits/s, these cables are now the leading standard in Europe and are widely used in the automotive industry. A new version accommodates Drive-CliQ networking for servo drives and motors, allowing flexibility and dynamic movement for multi-axis systems. In addition, Nexans provides MOTIONLINE PROFINET cables for Industrial Ethernet LANs to merge office and factory using 100 Mbit/s Fast Ethernet solutions.

Nexans also has a full line of Industrial Ethernet Switch Systems, called iSwitches, which support up to 1 Gbits/s. They contain up to 3 fiber-optic uplink ports and up to 8 twisted-pair copper ports, and deliver power for IP cameras, telephones, wireless access points, sensors, etc. Because "predictive maintenance" is a growing issue, iSwitches include an early warning feature and a cable diagnostic function to localize possible faults. This reduces interruptions in production, lowers downtime, and maximizes the deployment of skilled maintenance people.

Advanced sensor cables
In contrast to Charlie Chaplin's Modern Times, where plant workers become machine-like on the automated assembly line, today's machines are taking on human characteristics in what is now a shared man-machine workplace or service environment, like hospitals, or defence, rescue and security operations. Increasingly, robots need eyes, ears, a nose, and tactility to function reliably and prevent mishaps and accidents.

For Lumberg, a leader in automation connectors and components, Nexans created a UL-certified halogen-free cable for its Lumflex generation, capable of delivering five million flex cycles; and for Murrelektronik, sensor/actuator connectivity has been tested to five million drag-chain cycles and more.

Responsiveness and reliability
To meet the automation industry's need for shorter lead times and faster delivery, Nexans often combines modularity with pre-assembly. For example, a new "brake" sensor for Siemens servo cables was designed, produced and delivered in a mere four weeks. In the move towards interoperability and open standards, Nexans also works closely with its customers to find interchangeable components that are easily available everywhere, and do not lock users into obsolete technologies. Often, solutions are designed with backward compatibility and future upgrades in mind, especially in the area of industrial LAN technologies.

To assure long-term reliability of all of its cables, Nexans measures electrical properties under dynamic loads in its research and competence centres in France and Germany. These include torsion tests, mechanical resistance tests, and temperature tests in furnaces and low-temperature chambers.

The Future Connection for Freedom and Flexibility

The Future Connection for Freedom and Flexibility

Motionline range of cables and services