Now that China is slowly getting back to normal, normality looks like a faraway lighthouse for the rest of the world hit by the virus. Dark times are on the horizon for the manufacturing industry but a rebound with no major consequences is still possible 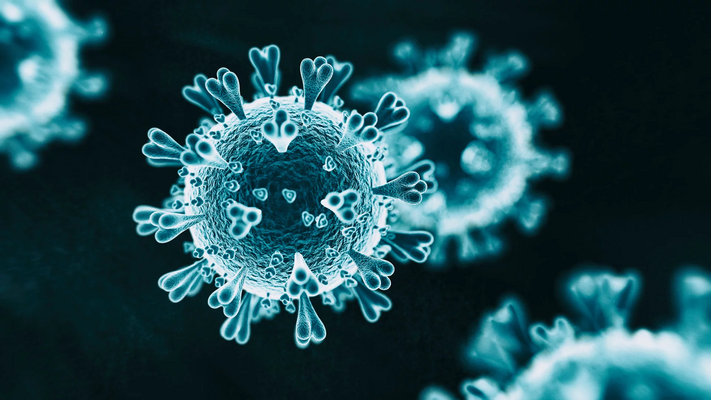 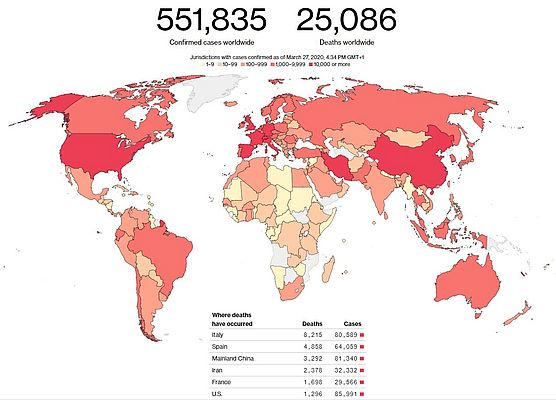 Figure 1: Confirmed COVID-19 cases and deaths worldwide as of March 27 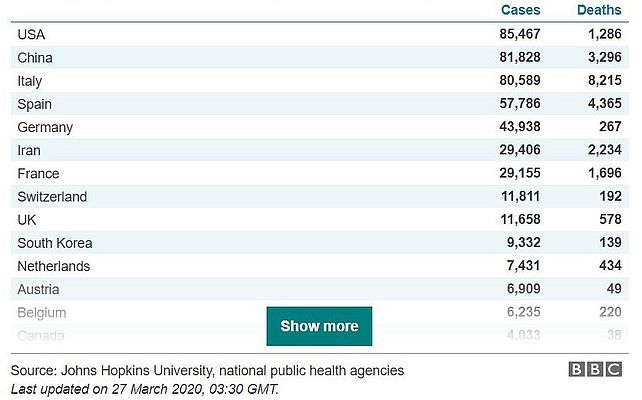 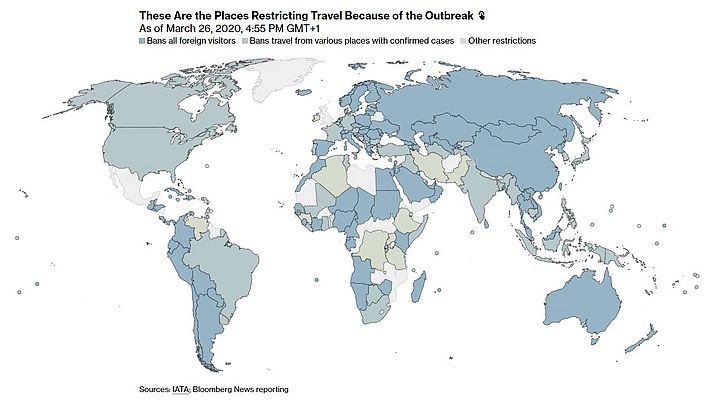 Figure 3: Travel restrictions as of March 26 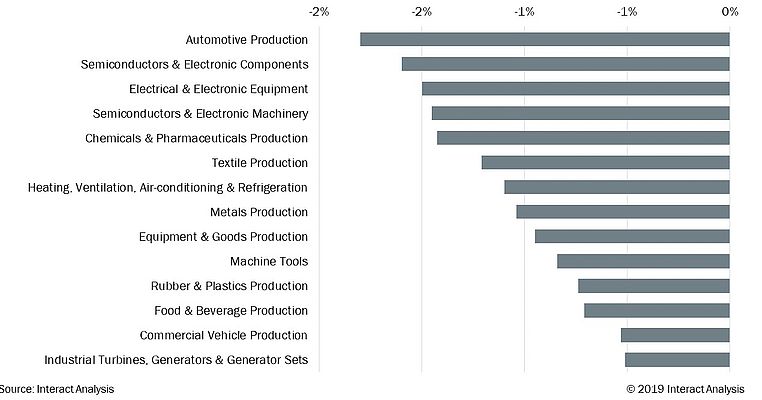 While we struggle with quarantine and an upside-down new lifestyle, where ‘’analog’’ social interactions are reduced to zero and new work-life balances are to be chased – if we are lucky enough to be among those people who have to commute every day from the bed to a makeshift home office, the world risks the most serious recession of the last 75 years. The industrial world will be inevitably impacted as well, with consequences that are still hard to predict.

Let’s take the world’s top industrial leading countries of the G10. All of them have been seriously hit by the COVID-19 pandemic. Some European countries – specifically Italy, Spain, France, Portugal, Ireland, Belgium, Luxembourg, Slovenia, and Greece – have urged the EU to support European economies with a common debt instrument, the so-called ''Coronabonds'', to ‘’raise funds on the market on the same basis and to the benefits of all member states”, as the leaders from the nine countries wrote in a joint letter to European Council president Charles Michel.

A deep recession is upcoming

Their legitimate fear is that we are just at the beginning of the hardest crisis after the Second World War. This would result in a long and grueling recession bringing the Eurozone to its knees. The reverse of the medal has arrived after more or less a month from the first European lockdown measures in the North of Italy. At that time, most of the governments, scientists, leaders, analysts, politicians, spin doctors, and citizens were underestimating the situation or showing too much optimism. Some of them still talked about a ''simple flu’’. A fatal – but physiological – error that could cost a few economies well above 150% of GDP. Goldman Sachs predicted that Italy’s debt-to-GDP ratio will rise to 161% this year, just to make an example.

Mario Draghi, the former President of the European Central Bank, stated in an article to the Financial Times dated March 25, that ''deep recession is inevitable’’ and it’s therefore evident that it’s not the time to keep the numbers straight but rather to spend, increasing public debt, ‘’to prevent the recession from morphing into a prolonged depression, made deeper by a plethora of defaults leaving irreversible damage.’’

In this scenario, the manufacturing industry is inevitably suffering. It’s still too early to get actual numbers but the elements we can analyze just observing the current situation help make some predictions.

On March 11, the World Health Organization declared the coronavirus a global pandemic. From there, as of March 27 more than 500,000 cases worldwide have been confirmed (see Figure 1). Cases in Europe have already surpassed the recorded numbers in China, but the US alone overtook Mainland China with more than 85,000 confirmed cases (see Figure 2). On March 16, the EU decided to close all Schengen borders for 30 days and several travel restrictions have come into force in many countries (see Figure 3).

Presently, a third of the global population is on coronavirus lockdown. From the outbreak to the escalation of the epidemic, national lockdown and quarantine measures have gradually been adopted in many European countries. Italy was the forerunner on March 10, followed by Denmark (March 11), Norway (March 12), Spain (March 14), France (March 16), Belgium (March 17) and finally the UK on March 23. In Italy, the severe situation forced Giuseppe Conte, the Prime Minister of the second greatest industrial power in Europe, to announce stricter measures on March 21 and shut down all non-essential manufacturing activities until April 3.

What to expect for the manufacturing industry

As a starting point, we need to consider the impact of Chinese economic and production disruption on the rest of the world. In China, the epidemic is under control now. People are slowly starting to go back to work and factories have been gradually allowed to reopen. According to Jan Zhang, Research Director at Interact Analysis’s office in Shanghai, around 17% of Chinese shutdown manufacturing industries have restarted their production.

It’s important to notice that Wuhan/Hubei, the most severely affected region by the outbreak, accounts only for 4% of China’s manufacturing industry, but it’s one of the four main centers of automobile production in the whole country. ''We have observed that so far in China the most affected sector is automotive. The supply chain has also been severely hit, as many OEMs and components suppliers have their facilities in China. This might have an impact on the global supply chain,’’ said Jos Walker, researcher at Interact Analysis.

A supply shock, not only in the automotive industry, is to be expected in the short term. Figure 4 shows the impact of Coronavirus on different industries. The slowdown of the semiconductor and electronic components sector, which is one of the top industries with the largest number of workers in China, will have a significant impact on the tech industry.

European companies, especially small businesses, have already felt serious supply constraints as a consequence of demand decline and exports slump. ‘’Demand and sales in German industry are declining, resulting in supply bottlenecks, production stops and reduced working hours for employees,’’ reported Deutsche Messe, the largest trade fair operator in Germany. In the UK, the government has been called to action already in mid-March, ten days before the lockdown, to support British manufacturers, who are now further weakened by the downturn in world trade and the fall in exports after the economic standstill that followed Brexit at the end of 2019. As researchers at Interactive Analysis have observed, China has seen a 70% sales drop - and sometimes even 100% - since February, especially during the severe quarantine. Europe may, therefore, follow the same trend.

How to keep the disaster short-term

Some analysts believe that the negative impact of Coronavirus on economies will be just short-term. If, on one hand, quarantine measures will cause a sharp economic downturn, on the other hand, a lot depends on when and to what extent the measure adopted will bear fruit. That’s why the next weeks are critical to understanding the real impact of COVID-19 on manufacturing, especially in countries like Italy, France, Germany, Switzerland, and the UK.

‘’For many of the infected regions, the economy will fall sharply in the short term, and then rebound after the epidemic is over, but COVID-19 is unlikely to have a major long-term impact. The effect of local government’s prevention and control of the epidemic is key,’’ recently declared Jan Zhang. Rebound times will depend a lot on how quickly the virus will be under control. But much will be determined also by the resilience and responsiveness of industry. Joint and decisive measures with governments – at a local and European level – are essential. ‘’Since European countries are closely interconnected in all aspects, urgent and joint actions are needed from the EU and all European nations to stop the disease from spreading further,’’ declared Prof. Gong Ke, President of the World Federation of Engineering Organizations.

However, this could be the time to analyze flaws and problems in the industrial system and fill in the gaps by implementing improvements to better manage disaster emergency and guarantee supply chain operations. To this end, highly automated processes, where digitalization and robotics are at the heart, could not only come to the rescue but they might be the only way from now on. Augmented reality and virtual reality could mark a new era of smart working with human beings at the center.

Is another industrial revolution already around the corner?

Covid-19, Industry 4.0
According to a recent report from Cybersecurity Ventures, ransomware, attacks on healthcare providers are expected to grow 5X by 2021
Read more

Covid-19, Vision & Identification
As of February 2021 they will implement a 4-days on, 3-days off, work pattern to improve the work life balance of its employees
Read more

How 2020 has Changed Manufacturing

Automation, Covid-19
George Walker, managing director of industrial automation specialist Novotek UK and Ireland, explains how industry can safeguard themselves from unpredictability in the years ahead
Read more