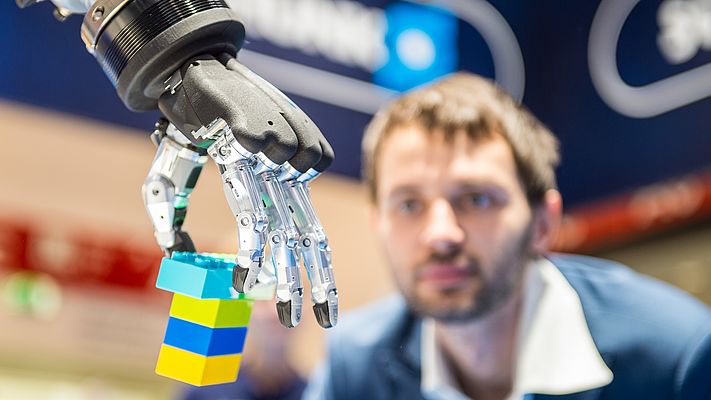 By 2022, an operational stock of almost 4 million industrial robots are expected to work in factories worldwide. These robots will play a vital role in automating production to speed up the post-Corona economy. At the same time, robots are driving demand for skilled workers. Educational systems must effectively adjust to this demand, says the International Federation of Robotics.

“Governments and companies around the globe now need to focus on providing the right skills necessary to work with robots and intelligent automation systems,” says Milton Guerry, President of the International Federation of Robotics. “This is important to take maximum advantage of the opportunities that these technologies offer. The post-Corona recovery will further accelerate the deployment of robotics. Policies and strategies are important to help workforces make the transition to a more automated economy.”

“Very few countries are taking the bull by the horns when it comes to adapting education systems for the age of automation,” said Saadia Zahidi, in her role as Head of Education, Gender and Employment Initiatives at the World Economic Forum. “Those that are, have long had a clear focus on human capital development. Countries in northern Europe, as well as Singapore are probably running some of the most useful experiments for the future world of work.”

According to the “automation readiness index” published by The Economist Intelligence Unit (EIU), only four countries have already established mature education policies to deal with the challenges of an automated economy. South Korea is the category leader, followed by Estonia, Singapore and Germany. Countries like Japan, the US and France are developed and China was ranked as emerging. The EIU summed up the order of the day for governments: more study, multi-stakeholder dialogue and international knowledge sharing.

How to change hiring

On a company level, change hiring is an option as a short-term strategy: “If you can´t find the experienced people, you have to break down your hiring practices to skill sets and not titles,” advised Dr. Byron Clayton, as CEO of Advanced Robotics for Manufacturing (ARM) at the IFR Roundtable in Chicago. “You have to hire more for potential. If you can´t find the person who is experienced then you have to find a person that has potential to learn that job.”

Education of the workforce

Robot suppliers support the education of the workforce with practice-oriented training. “Re-training the existing workforce is only a short-term measure. We must already start way earlier – curricula for schools and undergraduate education need to match the demand of the industry for the workforce of the future. Demand for technical and digital skills is increasing, but equally important are cognitive skills like problem-solving and critical thinking,” says Dr. Susanne Bieller, IFR´s General Secretary. “Economies must embrace automation and build the skills required to profit - otherwise they will be at a competitive disadvantage.”

The topic “Next Generation Workforce - Upskilling for Robotics" will be discussed by the IFR Executive Round Table on December 9 at the trade fair for smart automation and robotics “automatica” in Munich.

Artificial Intelligence, Automation, Covid-19, Industry 4.0
The International Federation of Robotics says that the increased presence of robots in manufacturing is driving demand for skilled workers
Share with
Print
Advertise with us
Related articles

Cloud-based AI in a Post-COVID-19 World

Industry 4.0
EPLAN and Rittal introduce virtually their end-to-end range of solutions through presentations and product articles at the digital trade fair
Read more

Automation, Covid-19
According to a research from the Capgemini Research Institute, 77% of organizations recognize the need for change and are accelerating investments in supply chain sustainability over the next three years
Read more

Analog Devices Joins the Board of the CC-Link Partner Association

Automation, Industry 4.0
The CC-Link Partner Association announced at 2020 SPS Connect that Analog Devices has become a CLPA Board Member to promote the acceptance of CC-Link IE TSN at the global level
Read more

According to Siemens, Safety is Essential for the New Normal

Automation, Covid-19, Industry 4.0
The social distancing solution from Siemens based on the Real-Time Locating System (RTLS) can be the solution to keep production running without putting the safety of employees in the background
Read more

CC-Link IE TSN in the Spotlight at SPS Connect

Automation, Industry 4.0
The CC-Link Partner Association will shed light on its latest technology as an enabler for connected industries
Read more

5Gang - 5G Applied in the Industry