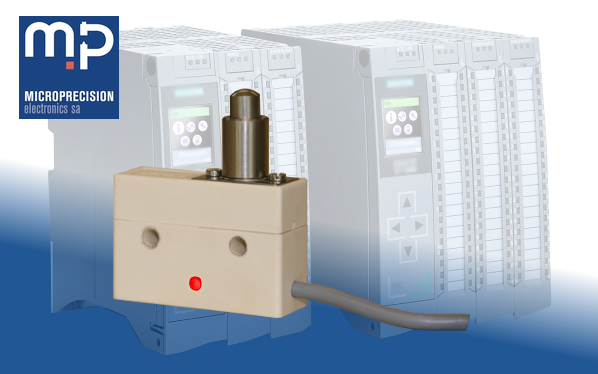 The MP100/200 series from Microprecision is a range of microswitches that can be equipped with an integrated LED indicator light. They have been designed for use at 24V in industrial automation applications, allowing visual control of the switching function. They can also instantly recognize a broken cable. The LED facilitates the intuitive calibration and adjustment during installation of the switching point. It can be wired to indicate the NC or the NO operation, and a bicolor LED can indicate a changeover operation.

The standard MP200 series switches is compliant with IP68 which qualifies them for outdoor applications or for use under spray water and in full immersion (up to 20 meters depth). It is also possible to switch two fully separate circuits (dual break). Moreover, they are certified according to UL/EN standards for up to 15 A and suitable for temperatures up to 130°C (266°F).