Flender extends its N-Eupex modular principle, increasing both the performance and the bore capacity of the N-Eupex series

In order to increase the performance and bore capacity of the N-Eupex coupling series, Flender introduced a new type consisting of a double-cardanic N-Eupex DK. This new release connects the shaft ends of the drive and driven machine via two elastomer joints instead of only one joint, which may occur with other types. The introduction of the second elastomer joint enhances the damping properties of the coupling and results in a lower torsional stiffness. This helps reduce vibrations, and the adjacent machine components are less stressed. Besides, the possible radial offset is increased more than fourfold. The restoring forces are thus reduced by more than half depending on size, offset and installation dimension. The encapsulation of the elastomers ensures a constructive catch protection of the intermediate sleeve.

On the one hand, the N-Eupex DK adds a double-cardanic variant to the already existing short and long construction types. Universally applicable, it is particularly suitable for pump applications. With the introduction of the double-cardanic design, the selection of N-Eupex couplings can be adjusted even more specifically to the respective application.

On the other hand, Flender achieved to increase the performance of the entire NEupex series by approximately 30 percent, and the bore capacity by up to 25 percent. The increased power density was achieved through extensive testing and material optimization. As a result, users benefit from higher torque, increased rotation speed and a change in size. The same performance can now be achieved with a smaller size.

With the so-called G-hub, the N-Eupex DK also receives a new split hub design. The two half shells of the hub are bolted together. When the clamping screws are tightened, the half-shells center themselves over the feather key and position themselves correctly relative to each other. The feather key connection is therefore free of play, while being more service friendliness. The coupled driving and driven machines do not have to be moved during assembly or disassembly of the coupling. As a consequence it halves the time required compared to conventional hub design. The N-Eupex DK is available in ten sizes for torques from 48 Nm to 2,300 Nm. The bore capacity of the hubs is suitable for shaft ends with diameters between 20 and 150 mm. The permissible speed for small diameters is 5,500 rpm, for large diameters 3,000 rpm. The N-Eupex DK can be used at ambient temperatures from -30°C to +80°C. ATEX certified, it is therefore suitable for use in potentially explosive atmospheres. 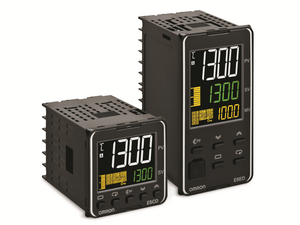 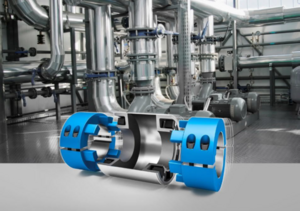 Flender extends its N-Eupex modular principle, increasing both the performance and the bore capacity of the N-Eupex series