Application at the Royal Observatory of Belgium 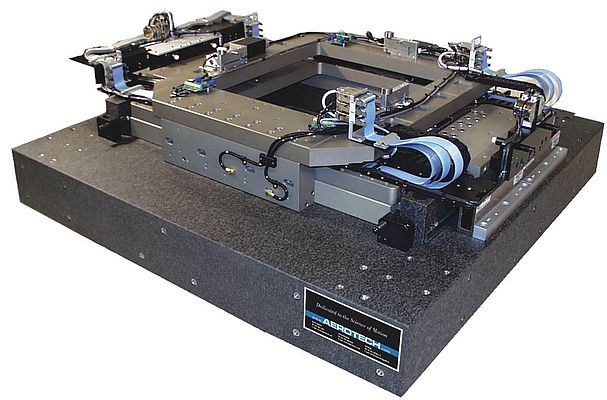 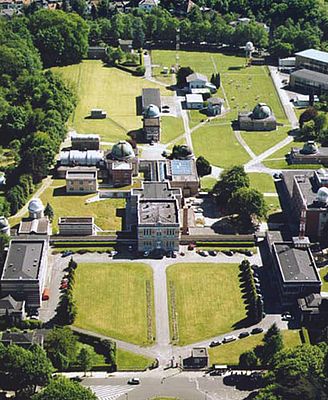 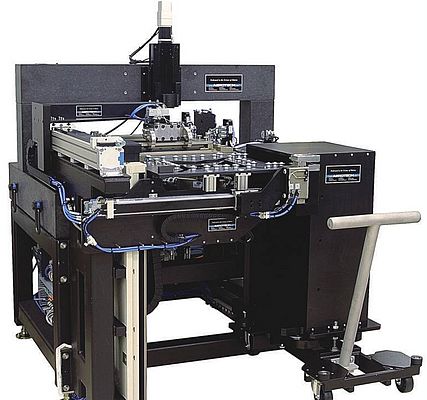 The DAMIAN ultra-precision scanning system at the Royal Observatory of Belgium (ROB) fulfils a significant part of a global programme for the digitisation of astrometric plates and aerial photographic images that span over a century and has shaped our understanding of the world, the solar system and the universe. With more than three million plate images estimated in the astronomical community alone, the programme was borne out of a need to provide a much needed centralised archive for the digital age, to enhance the accuracy of predictive ephemerides and not least to preserve the heritage of this important work where media deterioration is an increasing problem, particularly for older photographic processes. As part of an international network of institutions involved in similar work, the ROB has become a global centre of excellence particularly where extreme levels of accuracy are required such as astrometry plates.

One particular exacting project example at the ROB involves digitising thousands of photographic plates for the US Naval Observatory. Taken over a period of 30 years several decades ago, using a 26-inch refractor telescope, the photographs record the moons of Mars, Jupiter and Saturn. By combining the process with highly sophisticated measurement and prediction software, DAMIAN can actually fill in many gaps that have hitherto been difficult to calculate. By improving this understanding of the interactive motions and internal structure models of these solar system bodies, the accuracy of calculation for their future positions over time is significantly improved. Other work carried out has similar significant implications for galactic kinematics, space surveillance and other areas of research in high precision aerial mapping.

The ROB began development of the DAMIAN (Digital Access to Metric Images Archives Network) digitiser with a study that produced design specifications for a 350 mm x 350 mm X-Y scanning motion system. To ensure the perfect reproducibility of the original analogue photographic images, the positional accuracy and repeatability targets needed to be an order above the inherent accuracy for the plates. This value was interpreted in the region of 0.5 microns over the whole scanning area with respect to a fixed telecentric objective of a sophisticated digital camera system. To ensure the fastest possible throughput, the motion system required a full move displacement of 10 mm in less than half a second including acceleration, deceleration and settling time and once in position, the stability (jitter) requirement was just 20 nanometres. These factors would ensure that the plates could be fully scanned and archived in a matter of minutes rather than older methods which were less accurate and required hours of processing. The machine specification also called for automatic loading of the glass photographic plates and film rolls, with a working duty cycle close to 24/7 continuous and unattended operation - so high reliability, low maintenance and long working life were also critical factors.

To realise such extreme precision and dynamic performance, the ROB chose Aerotech for a complete motion sub-system based upon its ABL3600 series open-frame air bearing table in a custom engineered system solution that included a lapped granite base plate, a granite bridge with a vertical focussing axis for the camera and optical assembly, plus a photographic plate holder, plate storage tower and fully automatic transport system.

Now delivered and fully commissioned, the DAMIAN digitiser is housed in a temperature and humidity controlled clean room, maintained to within 0.1ºC and 1%RH. Aerotech’s ABL3600 series X-Y stage includes a preloaded, high-stiffness air bearing system that has been perfected over many product generations featuring powerful dual brushless and slotless linear motors on each axis with glass scale linear encoder servo feedback. Two granite rails form a reference for the lower axis and both axes are referenced to a lapped granite surface plate with passive air isolation to maximise vibration stability.  In combination with this positioning system and fundamental to the machine's overall dynamic performance, Aerotech's linear technology servo amplifiers guarantee exceptionally smooth motion, high bandwidth and outstanding in-position stability with zero backlash or hysterisis. The friction free mechanics also provide the added benefit of very low maintenance and an essentially limitless working life. The large through aperture of the open frame design allows back illumination for the plates and images. The design of the X-Y stage has a pedigree of successful applications in semiconductor fabrication and test, and is a well matched solution for demanding scanning microscopy, imaging and step & repeat positioning applications.

For the ROB, Aerotech extended the ABL3600's normal working travel range from 250 mm to 350 mm in both axes. For such high precision applications, Aerotech's HALAR calibration firstly ensures optimal levels of accuracy, bi-directional repeatability, straightness and flatness for each axis then performs error mapping with laser based measurement systems at Aerotech's state-of-the-art metrology lab - with the calibration file pre-configured on the motion controller.  During tests at Aerotech and on-site at the ROB, object locations on a calibrated test plate were repeated to within 70 nanometres over a usable X-Y travel range of 335 mm – this far exceeded the original working specification.  Other impressive results included geometric test for accuracy and repeatability to better than +/- 0.1 micron and the displacement speed and  in-position stability performance were fully met.

The DAMIAN ultra-precision scanning system includes a full cable management system and was delivered complete with Aerotech's A3200 Automation Platform motion control system which controls the main X-Y axes as well as several other motion axes for film wind, plate stacking and tray height adjustment. The ROB took care of interfacing the A3200 to its own imaging software using a step and repeat procedure with alignment accuracy ensured using selected objects on the photographic media. Images are recorded at stand-still, thus the need for such high in-position stability.

This application is fairly typical for Aerotech's engineered systems approach where customers provide their own very specialised expertise in combination with a fully tested and certified motion sub-system which fulfils a very intrinsic 'enabling technology' element for the entire system.

Test & Measurement
with High-Dynamics and Resolution to 0.15 nm
Read more

Motors & Drives
They provide the resolution, linearity, repeatability, and high dynamics required for the most demanding applications from microscopy to optics alignment
Read more
View all supplier's articles

Test & Measurement
with High-Dynamics and Resolution to 0.15 nm
Read more