Intelligent pressure sensors, a mobile phone network and the Internet ensure beer tanks that are running dry can be replenished on time. This reduces stress for landlords and saves brewery drivers from emergency weekend trips 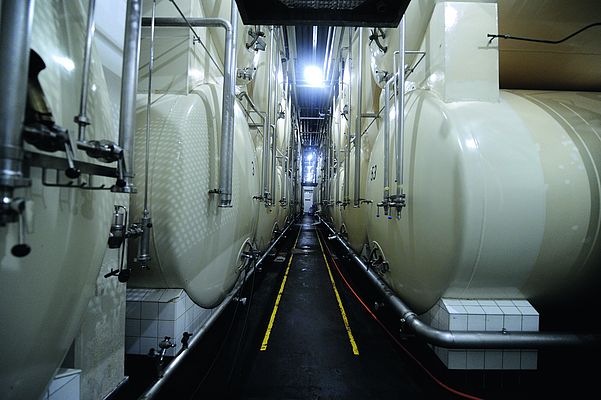 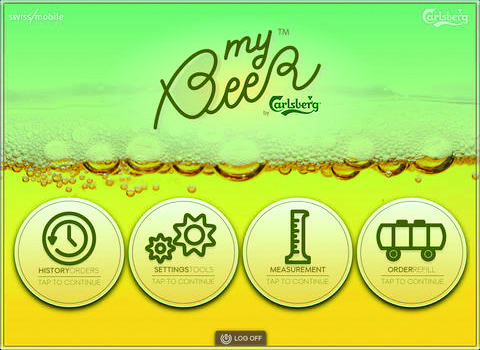 Every landlord likes to see clear blue skies, hot summer weather and thirsty patrons. But when the latter turn into a crowd, it is not hard to lose track of how much beer is left in the cellar barrels, forcing a brewery driver into working a weekend shift. They, like the landlords, will now be happy to put these times behind them.

Large pubs usually have two beer tanks in their chilled cellar, each containing 500 to 1000 litres, which are normally refilled every two weeks. If one tank is empty, the system is switched over to the other. Previously, these beer tanks were checked daily by employees. Often, these checks were not done accurately or, in some cases, not at all. The new smart M2M (machine-to-machine) solution not only makes landlords’ day-to-day lives easier but also helps to increase efficiency and cost optimisation at the brewery. This automated exchange of information between measuring devices in the pub cellar and the brewery uses the Internet and the Swisscom mobile phone network. The M2M solution prevents orders from being entered incorrectly, allows transport routes to be optimised and ensures that landlords have enough fresh beer at all times.

Autonomous measuring systems have been around for some time now. However, the data was always recorded using data loggers – live data was not available. Since you can now access a mobile phone network and the Internet almost anywhere and at any time these days, this opens up some completely new possibilities when it comes to making logistics more efficient. The Feldschlösschen Brewery, Swisscom and KELLER AG für Druckmesstechnik have teamed up to explore these possibilities.

Swisscom and KELLER already knew each other from several successful projects that they had worked together on in the past. Together with its M2M partner Swiss1Mobile, Swisscom developed the “myBeer” app, which won an award in the “Mobility” category at the international IoT/M2M Innovation World Cup.

350 major customers use myBeer for their orders

The brewer Feldschlösschen now uses the M2M solution for over 350 of its major customers in Switzerland. The KELLER sensors use pressure to measure the fill level and temperature in the beer tanks on site. This data is then synchronised using the M2M technology and the  myBeer app.

The landlord can monitor his systems and the fill level of his beverages quickly and easily using a tablet or smartphone. Thanks to the M2M solution, the app recognises when the beer supply is running low and automatically issues a new order. All the landlord needs to do is confirm the order on a tablet or smartphone and help will soon be on its way. Feldschlösschen only uses the data generated in this process to optimise delivery planning. It is stored on Swisscom’s cloud servers and therefore complies with the highest security regulations in Switzerland.

But it is not only landlords who are set to gain from this solution – Feldschlösschen itself benefits too. M2M technology means that the brewery does not have to worry about errors creeping into order recording. It also saves thousands of kilometres each year for emergency trips not running to full capacity, while the environment benefits from a few fewer tonnes of CO2.

And some money can be saved too, as the cost of transmitting the data is minimal compared to that of tasking staff with taking readings. Moreover, a complete measurement system with mobile data transmission costs only a little more than a system without, which only allows consumption to be analysed retrospectively.

The tank content is measured on the inside with two X-line pressure sensors fitted with a RS485 digital interface from KELLER. The tank is under a pressure of approximately 2 bar, which is enough to send the beer to the tap. One of the two pressure sensors is located on the top of the tank on the compressor inlet and the other is at the outlet at the bottom, in front of the riser check valve. The tank content is calculated based on the pressure difference between the two sensors, the characteristics of the beer and the dimensions of the tank.

The pressure sensors in the tank are connected to a box with integrated mobile communications module. This records the measured values from the sensors at regular intervals and sends them via GPRS (General Packet Radio Service) to a Swisscom FTP cloud server along with additional information such as the antenna reception quality, the supply voltage to the module and the sensors, the beer temperature, etc. The data is then interpreted, processed and accepted by the myBeer app.

The module and sensors are powered via a mains adapter. An accumulator is also integrated as a back-up measure to guarantee supply for a number of days to weeks if necessary. If this happens, promptly the system will then send the corresponding warning signal.

Tank temperature is also important, as it determines the taste and shelf life of the beer. As such, temperature data can be used as an effective quality indicator.

KELLER also uses similar systems for other applications, such as for heating oil tanks or for groundwater monitoring. The GSM-2 is also suitable for areas without a power supply or where cables cannot be used, such as for tanks on vehicles or construction sites and for measuring ground- and wastewater levels. The battery life depends on measurement and data transmission frequencies and can be up to ten years.

In place of an app, KELLER’s free, user-friendly “GSM-2-DataManager‟ software forms the heart of the measuring system in other applications. This collects and monitors measurements, controls the various measuring stations and displays the measured data or processes it automatically.

The data sent by the GSM-2 via email, FTP or SMS is continuously read into the DataManager software and stored in a MySQL database. The user can see at a glance whether all measuring stations are working properly. In the event of an error, e.g. missing measurement data, this is displayed on the screen and an alert is sent to the person named in the database by SMS, email or FTP. The system converts the measured data into the physical variable required at the measuring location and displays it in chart form. The positions of the measuring points are shown on a map.

One reason this technology is so versatile is the high degree of accuracy of the 30X series of 0,05 %, which allows even the smallest changes to be monitored automatically. The combination of pressure sensors and data transmission delivers maximum customer benefit. 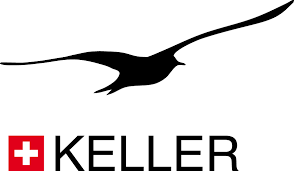 The Internet of Things Starts with a Sensor

Industry 4.0, Sensor Technology
Today, it is impossible to imagine the Internet of Things without sensors. How could we capture states or carry out actions otherwise? These two activities and a connection to the web are what make these objects “intelligent”
Read more

A Breath of Fresh Air in the Space

Sensor Technology
Keller für Druckmesstechnik has developed and manufactured highly reliable absolute and differential pressure transmitters for use in a space mission. The solutions undertake different tasks and contribute to the security of delicate processes
Read more

The Internet of Things Starts with a Sensor

Keller Unplugged! The Internet of Things Starts With a Sensor.

Test & Measurement
Hydrostatic pressure is proportional to the height of a column of fluid. The pressure generated depends on the density of the fluid and the gravitational pull acting on it
Read more