An interview with Hartwig von Saß, Head of CeBIT Communications about ongoing changes at CeBIT and the first-time Partner Country Japan 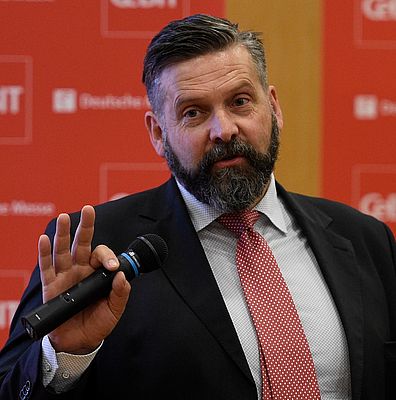 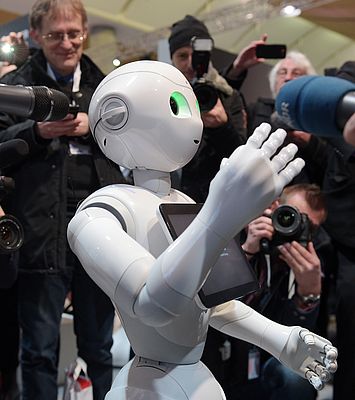 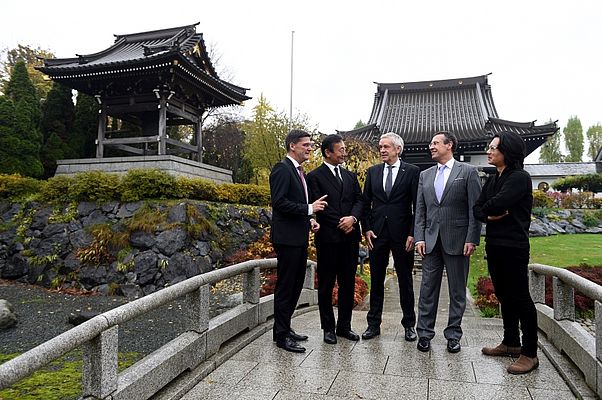 IEN Europe: Last year you started realigning CeBIT. The exhibition is no longer to be a conventional IT show, but rather the world’s leading event for the digitalization of economy and society. How will this development be reflected at CeBIT 2017?

H von Saß: CeBIT has indeed changed greatly over the past few years – in keeping with the changes that have taken place in the digital sector itself. Whereas five or eight years ago the focus was primarily on hardware and process-optimized software, today it is on digital and data-driven business models. The challenge facing enterprises from all sectors of industry nowadays is not so much how they can keep their content management software up to date, but rather the impact digitalization is having on their respective business models. To make that tangible and concrete, CeBIT 2017 is showcasing a range of highly concrete application examples from various industries. Visitors will be able to see how drones can be used to monitor industrial plant and equipment, or how virtual reality can be used as a tool to support the sales process. And we will also be featuring the gamut of technological opportunities offered by the increasingly dynamic Internet of Things, along with autonomous driving. What we are showing is digital technology in concrete application scenarios. Anyone who wants to see for themselves the scope and disruptive power of digitalization can’t afford to miss CeBIT.

IEN Europe: What parts of the show should a visitor attend if their main focus is on industrial production?

H von Saß: Anyone with a strong interest in production-related developments should definitely check out Hall 12, where the main focus will be on the Internet of Things. Here, too, concrete applications will be highlighted. The acatech initiative will be showing over a dozen highly concrete examples, including a smart mini-excavator and two robots which will build a third one, supported by artificial intelligence. And everyone should naturally be sure to visit Hall 11, which will house the SCALE11 special display featuring some 400 young enterprises. Here, the disruptive impact of digitalization will be made tangible for attending professionals. And in Hall 5, visitors will be able to see the Digitalization Live special display, where the influence of digitalization on the automotive supply chain will be highlighted.

IEN Europe: Japan is going the be the Partner Country for the first time at CeBIT. How many Japanese companies will be exhibiting at the show, and what is the average size and structure of these companies?

H von Saß: Japan is going to have a big impact on CeBIT this year. The Japanese trade promotion agency JETRO will be occupying over 7,000 square meters of display space in two separate halls. This is the largest amount of space ever for a Partner Country presentation. A total of 120 companies will be making the trip from Japan to Hannover – a very diverse group of companies, I might add. Some of them are major corporations with a global presence, including the world’s second largest automotive manufacturer Toyota as well as Kawasaki Industries, Nissan and more. (By the way: the No. 1 auto manufacturer, Volkswagen will also be appearing at CeBIT). But smaller companies from Japan will also be represented, with the aim of generating new leads and opportunities on the German and the wider European market. In times of economic uncertainty, established partnerships like the ones that exist between Germany and Japan become all the more important.

IEN Europe: Compared with Germany, Japanese society and business have a different attitude toward technology in general, but especially regarding the topics of digitalization and robotics. What can we learn from the Japanese approach?

H von Saß: Indeed, I know of no other society that is so fond of technology as Japan. Technology there is everywhere – on the streets, on the subway, in department stores. And public acceptance of technology is stronger, which can be seen by the fact that robots are already being used for nursing care. I think this is above all indicative of an attitude toward technology that puts the emphasis on opportunity and curiosity. Our approach is definitely more critical – after a quick glance at the risks involved, we often tend to slam on the brakes. The debate and information sharing on this topic will surely be fruitful at CeBIT – all the more so, since our “d!conomy – no limits” lead topic is designed to highlight the opportunities and unlimited possibilities of digitalization.

IEN Europe: Every year, CeBIT is more than “just” a trade fair. What will be the main topics covered at this year’s CeBIT Global Conferences?

H von Saß: The main topics at CeBIT are naturally also reflected at the CeBIT Global Conferences, which however include additional topics that are complementary to those covered by the exhibition. We are delighted to be featuring Ray Kurzweil, arguably the world’s leading researcher in the field of artificial intelligence, as a speaker onstage. Catching his presentation will be an absolute highlight. And we will be covering the topic of security – here we will communicate live via video with Edward Snowden. It will surely be fascinating to hear how he sizes up current developments in the U.S. And we will also be exploring the role of social media in the U.S. elections, featuring a presentation by Michal Kosinski, a world-leading psychometrics expert. He has developed a system which analyzes Facebook likes and additional data to draw conclusions about an individual’s character – a technique which was put to use by Trump’s campaign team.

IEN Europe: The industrial Internet of Things and digital security are two closely connected topic areas when it comes to the intelligent factory of the future. Where can visitors interested in digital security go to find the relevant information?

H von Saß: For years, security has been a key topic at CeBIT – I am unaware of any other event in the world which is so seriously devoted to this issue as CeBIT. Security will play a role in virtually every hall, since digitalization is unimaginable without it. Many projects would be condemned to swift failure without adequate security. But the core of the topic will undoubtedly be located in Hall 6, where virtually every major security provider will be represented.

IEN Europe: The show will feature a large number of current Industry 4.0 application examples which have already found their way into the factory and office. Where will the interested visitor be able to find such examples?

H von Saß: We have a special display titled “Digitalization Live” in Hall 5. And in Hall 12, the focus will be on the Internet of Things. We will also be covering the topic at our CeBIT Global Conferences. The best approach is to prepare your visit on the Internet. The search tool on our CeBIT website will quickly give you a list of the right exhibitors. And you can also book a guided tour on the topic – you’ll find all the relevant information about guided tours on our website.

IEN Europe: Thank you for the substantial information about CeBIT 2017

Literature & Services, Industry 4.0
Hartwig von Saß, Chief of CeBIT Press Office, discusses the main focuses of the 2016 edition of CeBIT, the world’s leading event for digitalization of the economy and society
Read more