Radars get the measure of the Thames

From its source about a mile north of the village of Kemble, in the Cotswolds, the Thames flows 346 km (215 miles), down through London and out to the North Sea. On its journey it covers 896 km2 of floodplains and is tidal from Teddington, West of London. It is estimated that the Thames carries some 300,000 tonnes of sediment a year and there is a 23-ft (7-m) difference between low and high tide at London Bridge. The Thames Barrier at Greenwich is one of its most recent, yet instantly recognisable landmarks, playing a crucial role in protecting greater London from flooding at high tides.

Close by the barrier in Erith, is the longest pier on the River Thames in London, which was opened in 1957. Previously Erith pier was twice the size it is now, it was built for the loading and unloading of cargo from ships. On the pier there were rail tracks and cranes so the goods could be unloaded directly onto railway trucks. In 1999 the supermarket chain ‘Morrisons’ undertook the task of repairing the pier, to make it accessible for the public, and gain permission to redevelop the riverside and build a supermarket.

Erith pier also provides an ideal site for monitoring the level of the Thames. The information gained is used in combination with other measurement stations along the river, as far out as Southend-on-Sea, to monitor and control the raising of the Thames Barrier and other sluices. Previously, inside the special cabin at the end of the pier, a pressure sensor mounted in a ‘stilling well’ was used, but the large amounts of silt that come down the river blocked it regularly, causing misreads of the river level.

This meant the bottom of the stilling well had to be cleaned out by divers, an exercise which was both costly and dangerous, working under the pier. It was then replaced with a non-contact VEGAPULS 62 radar level transmitter with ranges up to 75m, mounted adjacent to the old stilling well. It looks down to the river surface inside a ‘hooped’ access ladder (see picture) and follows the water level right down, even through a grid at the bottom, with no issues of silt blockage, thus providing reliable data, saving costly maintenance work and reducing risk. The narrow beam angle, false echo learn and intelligent echo processing handle any false reflections from the existing structure. The two-wire loop powered VEGA radar was installed almost two years ago and has worked reliably ever since, providing valuable data, to allow cross referencing of the river levels for traffic, barrier operations, harbour and navigation in the area, including Tilbury Docks. Further units have been purchased since to measure levels at a number of other sites along the Thames, including at the barrier itself. 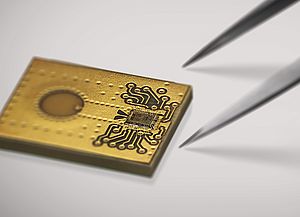 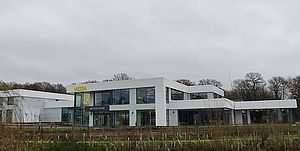 After a year-long build, the level and pressure specialist have opened their own purpose-built training and seminar center, as well as their UK head office at ‘Metior House’, Maresfield, Sussex. 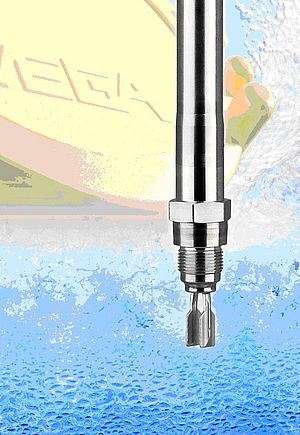 How Integrated Solution Of PLC, VFD, And Cloud...