The Milestone Program, launched by IEEE in 1983, acknowledges significant achievements in the history of electrical and electronics engineering. nVent earned this prestigious distinction with its RAYCHEM self-regulating heat tracing cable

With its RAYCHEM self-regulating heat tracing cable, nVent Electric obtained the prestigious Milestone designation from the Institute of Electrical and Electronics Engineers (IEEE).

IEEE established the Milestones Program in 1983 to honor significant achievements in the history of electrical and electronics engineering. To be eligible to receive IEEE Milestone distinction, the accomplishment must be at least 25 years old, have benefited humanity, and must have a minimum of regional importance. This dedication held historic significance for the IEEE Milestones Program because it was the 200th induction since the program began.

“Having our technology added into IEEE’s historic Milestones Program is a tremendous accomplishment, and we are proud to be acknowledged globally as the first manufacturer of the self-regulating heat tracing cable,” said Brad Faulconer, President of nVent Thermal Management. “We have always stood behind the quality and performance of our products; and having our cables be celebrated by the world’s largest professional organization dedicated to the advancement of technology is a great honor. This recognition also provides additional reassurance to our customers. Heat tracing technology is not just something we do; it’s a part of our DNA.”

RAYCHEM's self-regulating heating cable technology is available in a range of products suitable for use in the home, in construction for larger buildings, and for industrial-based applications. 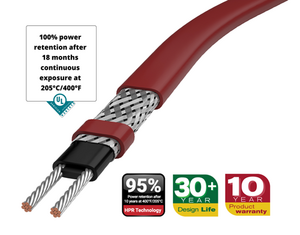 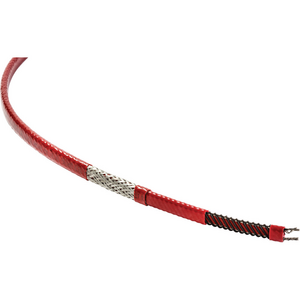