Food processing presents numerous safety challenges that can be overcome by designing not only intrinsically but also ''extrinsically’’ safe machines, able to give the system an overall safety rating 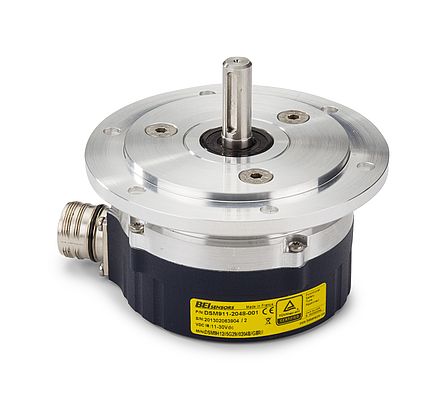 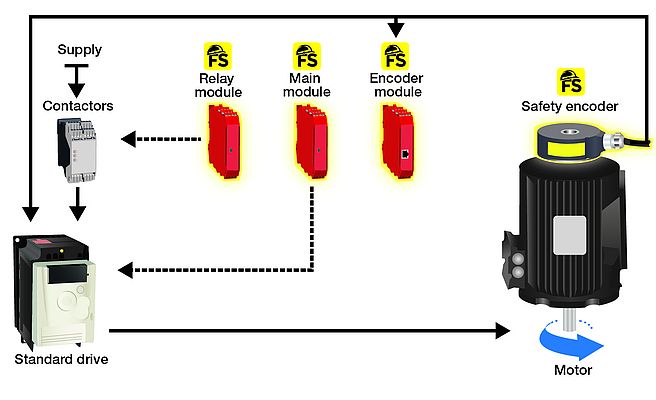 Operating food processing systems can be fraught with danger. Sometimes it is the speed of machines that present the greatest risk, or the temperature at which they operate. In other examples the risk is perhaps even more obvious: cutters and slicers, for example, suggest a potential hazard to anyone walking nearby on the factory floor.

Designing machines that are intrinsically ‘safe’ is the role of design engineers who adhere to the rules of ‘Functional Safety’ – creating systems (and processes) that minimize the risk of physical injury or other damage to an individual’s wellbeing. ‘Functional Safety’ is not only about identifying where the risk comes from, but also how it can be controlled, usually through the integration of protective or corrective devices to prevent a hazard from arising or reduce the impact of a hazardous event.

Most critically, Functional Safety is about ‘active’ rather than ‘passive’ systems. One of the key challenges facing engineers is not only to ‘design-in’ safety, but also to give the system an overall safety ‘rating’. One of the quickest and most effective ways of achieving this rating – and one that is recognised world-wide – is to use components and devices that are themselves certified to a specific Safety Integrity Level (SIL) by one of the recognized certification bodies (e.g TUV Rheinland). Designers need only to feed the relevant data into the SISTEMA software (available free on the internet) for a final safety level to be calculated and recorded.

Standard products that are not individually safety rated can be used, of course, but may limit the designers to a lower level of safety rating for the entire system or require a thorough and independent analysis of the system that could in turn slow the speed with which the system can finally be brought to market. Using certified products makes it easier for engineers to calculate and accurately claim a safety rating for a system overall, as well as providing important data such as a Mean Time to Failure. It also reduces the work (and cost) required of the OEM in designing Functional Safety as a machine upgrade.

The challenge faced by designers is not limited to what happens at the point that a new machine or system is conceived, but also how a machine’s Functional Safety can be upgraded ‘in the field’. To that end, encoders are key. Encoders translate rotary or linear motion into a digital signal, and play a crucial part in monitoring and controlling motion parameters such as speed, rate, direction, distance or position. New encoders are now being developed with analog Sin Cos outputs and digital transistor-transistor logic (TTL) and high threshold logic (HTL) outputs that are compatible with most of the existing sensors on the market, giving designers greater choice and flexibility, especially when it comes to refurbishing existing systems.

Engineers can simply swap out older components for new, and in doing so immediately improve a system’s overall Functional Safety level. These newer components are often more sophisticated and a single device can sometimes be used to perform tasks that previously may have required multiple devices to achieve the same level of safety.

In the example of a high-speed cutting/slicing line, a number of control technologies may be required including cameras, switches, proximity detectors etc. By using encoders with a Probability of Failure per Hour (PFH) at the higher end of SIL 2, additional components of a lower SIL, but on the cusp of SIL 2, can be added without compromising the system’s overall SIL rating. The overall PFH ‘value’ of every component gives the machine its Functional Safety rating.

While the principal purpose of Functional Safety is, as the name suggests, about protecting people, it is also about ensuring systems are capable of achieving optimum performance. One of the most time-consuming tasks in food production is having to stop and clean down a machine before switching to a different product line, a process that can take a full day. Machines have to be stopped to protect employees from the dangers of moving parts and other risks. With new Functional Safety control solutions from Sensata, however, it is possible to operate the equipment at a slow but safe pace throughout the cleaning cycle.

Encoders within Sensata’s Functional Safety solutions range include the DSM5X Series safety encoder to detect rotary speed and position. They allow the equipment to be running continuously and slowly in a controlled and safe fashion, to enable workers to continuously clean the equipment as it moves, thereby ensuring they can access all parts of the equipment easily and efficiently.

Manufactured in stainless steel and robust in design, the encoders are also IP69K compliant for the ultimate protection against the ingress of high-temperature steam and high-pressure water – essential in wash-down scenarios.

Where such systems are already in operation, the changeover time has been reduced to as little as two hours. The improved production uptime and availability of equipment more than meets the cost of upgrading to a Functional Safety system. Intelligent Functional Safety design also allows ongoing maintenance and repair work to be completed without having to shut down an entire line.

Of course, any change to an existing engineering and design process adds cost, but with the new generation of sensors, encoders and controllers now available, engineers have the building blocks to create a safer system with relative ease and at comparatively minimal expense. Existing systems can also be easily upgraded to achieve a higher level of safety, where it is needed, without having to design a system from scratch.

Sensor Technology
Wireless sensors are offering design engineers reliable ways of detecting vibration, heat and other potentially damaging faults, including loss of pressure, in some of the most challenging industrial applications, however remote
Read more

How to Specify Pressure Sensors for Hydraulic Applications