Three Reasons to Use Ethernet for Motion Control

Ethernet is an increasingly important network in industrial applications, especially for motion control applications require determinism, which is needed to ensure position retention and get precision and proper acceleration/deceleration of drives 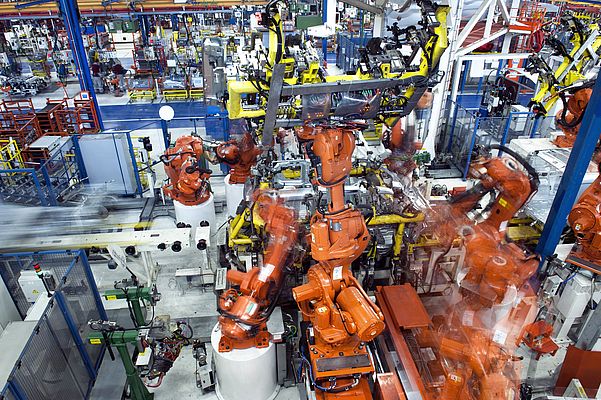 Three Reasons to Use Ethernet for Motion Control

When it comes to motion control, Ethernet, fieldbus, and other technologies such as Peripheral Component Interconnect have historically competed with each other for the right to handle some of the most demanding workloads within industrial automation and control systems. Motion control applications require determinism (a guarantee that the network will get workloads to their intended nodes on time), which is needed to ensure position retention, and get in turn precision and proper acceleration/deceleration of drives, among other tasks.

Standard IEEE 802.3 Ethernet has never been up to par in this respect. Even with the CSMA/CD data link layer having become obsolete thanks to full-duplex switching and isolated collision domains, it lacks predictability. Plus, the complexity of TCP/IP higher up in the typical stack is not optimized for the reliable delivery of real-time traffic. As a result, fieldbuses, as well as PC-oriented control architectures with ASIC-based PCI cards, have been popular solutions for motion control.

Ethernet solutions from EtherNet/IP® to EtherCAT® have addressed these shortcomings in their own distinctive ways. Still, industrial Ethernet is far from dominant in motion control, despite some of its other advantages over the alternatives. Let’s examine three reasons why it can and should gain ground on its competition in the years ahead.

1. Convergence Instead of Complexity

Interconnection between enterprise IT and the factory floor has increased over time, leading to complicated systems that often mix standard and industrial Ethernet with fieldbuses. For example, machines might utilize:

Such networks are complex and also expensive to set up and maintain. Each protocol requires its own implementation procedures, installers, and trainings. In contrast, Ethernet offers the possibility of converging the different networks for motion, safety, etc. onto cost-effective infrastructure that is relatively easy to wire, widely supported by vendors, and futureproof.

The EtherNet/IP protocol exemplifies how convergence can work in practice. An integrated, switched system can accommodate both business and industrial applications through the use of standard Ethernet technologies like TCP/IP and UDP/IP alongside features such as CIP Sync for implementing the IEEE 1588 precision time protocol synchronization of distributed clocks.

Motion control depends on precise communications. This precision has been supported by the use of time slot-based scheduling, in which each device gets a schedule for communicating with others. A delta-T value is calculated for the control function as these servo drives and controllers figure out their respective timings. However, it can be thrown off if data delivery becomes unpredictable—hence the need for determinism to ensure loop stability.

The implementation of IEEE 1588 in EtherNet/IP, in some cases via accelerator circuits installed directly on Intel® chips, is just one common mechanism used by Ethernet solutions to enforce determinism. The on-the-fly processing of EtherCAT is another example of how consistently predictable performance is achieved for motion control applications. EtherCAT goes beyond the strict physical limitations of centralized PCI-based communications, which, while fast, still require short distances between the machine processing unit and servo processors.

“An EtherCAT-based distributed processor architecture has the bandwidth, synchronization, and physical flexibility to match the power of centralized control plus the advantages of a distributed network,” Jason Goerges explained in a 2010 article for Machine Design. “In fact, some processors that use this approach can control up to 64 highly coordinated axes with a 20 kHz sampling and update rate—including position, velocity, and current loops, as well as commutation.”

3. Long-Term Viability for the IIoT

Ethernet has already gone through many permutations since its beginnings as a LAN technology. Whereas legacy fieldbus components are currently manufactured at a small scale and PCI risks are going the way of the obsolete Industry Standard Architecture, Ethernet continues to evolve and is now well-positioned to serve the IP-centric Industrial Internet of Things.

Impending improvements such as time sensitive networking, which will refine IEEE 1588 and bolster the network convergence possibilities as well, also make Ethernet a sound choice for motion control both now and in the future.

This isn’t to say that fieldbus and PCI will go away—only that Ethernet’s advantages continue to mount as the automation industry moves toward the IIoT.

Covid-19
The pandemic has profoundly changed the way we live, work, and communicate. Six experts from six world's leading companies discuss how to tackle the Coronavirus crisis to secure a shining future for the industrial sector
Read more

Smart Sensors: From Big Data to Smart Data with AI

The benefits of Industry 4.0 are predicated on leveraging increased data for better decision making. Networking technology must evolve to handle the increased data volume, as must the manufacturers processes and methodologies
Read more

Precision Measurement on the Fly

TSN to Accelerate the Path to Industry 4.0

Industry 4.0
Addressing industrial communication’s issues is fundamental for the digital transition. Connectivity based on TSN can guarantee a smooth network synchronization that gets all the way through the physical world. A revolution that boosts industrial automa
Read more

Automation, Industry 4.0
To accelerate the path to industry 4.0
Read more

AN INDUSTRY FIRST FOR INDUSTRIAL ETHERNET

Automation, Covid-19, Industry 4.0
The digital event will take place on November 10, 2020 from 3 to 6 pm CET, under the motto “digitalization beats crisis”. The event will provide interactive mix of lectures, best practices and panel discussions to master the crisis
Read more

How the IT/OT Convergence Enables a Data-Driven Production Environment

Automation
On Wednesday, 2 December at 11:00CET, Advantech and Atos will co-present on how you can build an independent and future-proof foundation for your manufacturing organization
Read more

OPC Foundation Welcomes Emerson to Its Board of Directors

Automation, Industry 4.0
Established by the German trade associations ZVEI, VDMA, and Bitkom, the IDTA is pushing ahead with open-source development of a digital twin for Industry 4.0 with help from 20 different companies, including Pepperl+Fuchs
Read more

Connectivity in the Changing Robot Industry

Automation
Quality, competence, and trust: these factors form the foundations and guarantee for a good partnership. With this in place, convincing performance and high standards can be achieved
Read more

The Rising Prominence of Smart Automation in Warehouses

Automation, Covid-19
With the booming of e-commerce, finding alternative solutions to guarantee more efficient and quick operations in warehouses has become a must. Smart automation based on robotics, edge computing, and AI looks like an ideal solution
Read more